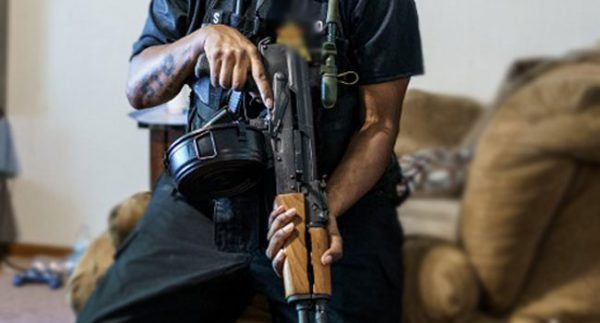 Gunmen have killed a police officer and two civilians in an attack at the Ukaegbu Junction by Ezeiweka Road, Awada Obosi Layout in Idemili North Local Government Area of Anambra state.

The incident, which happened on Sunday, also saw the attackers setting fire on the police patrol van before leaving the area.

Residents who spoke to newsmen, said the incident took place around 8:30 am when officers from the Awada Divisional Police Station were conducting stop-and-search in the area considered as a flash point.

During the attack, the officer, a tricycle rider and a resident of the area lost their lives.

“The attackers drove in a Sienna vehicle… and started shooting at the patrol vehicle along Ukegbu Junction,” he said.

“Unfortunately, during the exchange of gunfire, one police inspector paid the supreme price.”

Tochukwu said that “in a bid to escape the police responding team, the hoodlums set the patrol vehicle ablaze.”

Other officers were wounded in the attack, he said, explaining that patrol and surveillance within the area and Onitsha have been intensified with a view to fish out and arrest the perpetrators.

No group has claimed responsibility for recent attacks, but police often blame the Indigenous People of Biafra (IPOB), a proscribed separatist group demanding an independent state for the ethnic Igbo people.

IPOB denies its armed wing, Eastern Security Network, is involved in the attacks, but separatist agitation is on the rise in southeast and southwest Nigeria.

Nigeria Has No Business With Poverty, Insecurity – Obasanjo