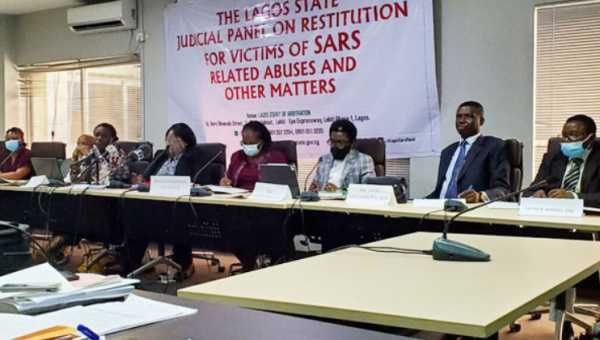 Given the nature of injuries sustained from around 9:00 pm at the Lekki Toll Gate on the night of October 20, 2020, it has been gathered that live military-grade ammunition was fired at some point by yet to be identified persons.

That’s the summary of the evidence of Mr Dieye Willie-Harry, an expert witness hired by the Lagos State Government to investigate the shooting incident at the tollgate.

The witness who is the Executive Director of a UK-based forensic and ballistic company, Oxgene Consulting UK Ltd, testified via zoom on Tuesday at the proceedings of the Lagos Panel investigating the incident.

In his summary of the investigations conducted by his team, Mr Willie-Harry said “in conclusion, from the examination and research surrounding open-source imagery and news reporting (including social media), along with the individual injuries and medical reports, we are of the opinion that “live” military-grade ammunition, may have been discharged at some point at the Lekki Toll Gate on 20th October 2020, after 21:00 hrs and possibly aimed, at the road surface in front of protesters, which ultimately caused the projectiles to ricochet resulting in the core breaking out of the jacket and hitting the majority of the victims in the lower limbs at much reduced kinetic energy but with enough energy to fracture the long bones without exiting the victims’ bodies”.

“These injuries are clear to see following the 21:30 hrs time stamp on medical records. The Team has identified the firearms carried by the military officers, during the alleged incident, as Kalashnikov AK-type variants including Chinese Type 56, some with (foldable bayonet) extended.

“The direction of the muzzles of the Nigerian military firearms, as seen in various videos, recorded during the incident, varies predominantly from pointing towards the ground to directly skywards on discharge.”

“We have not viewed any footage, which definitively shows a muzzle aimed towards any individual and at the same time being fired with the effect thereof, with what we can freely assess to be firing live ammunition (no flailing or falling injured victims).

“However, given the injuries sustained from 21:00 hrs and further, we believe, that live, military-grade ammunition, was fired at some point, by persons as yet to be identified”.

In his opening testimony, Mr Willie-Harry said the team was engaged by the government, 10 days after the shooting incident to conduct medical, ballistic, and forensic injury analysis of the event.

He said by the time the team of experts arrived in Lagos in December 2020, “the medical treatment of victims had reached an advanced stage, injuries had healed and victims had been discharged from healthcare centers.

“The ability of the victims to give reliable accounts of how, when and where, their respective injuries were sustained, may have deteriorated, or been contaminated by exterior influences and the passage of time,” he said.