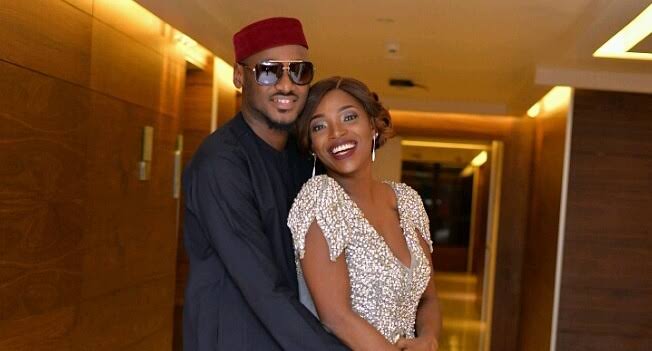 Nigerians have taken to social media to drop different opinions regarding Annie Idibia’s outburst on Instagram.

Annie had written on her Instagram Stories that 2face and his family have been disrespectful to her.

Reacting to Annie’s claims that the singer is still having an affair with his baby mama, Pero, netizens express their opinions on Twitter.

@drpenking wrote, “What is happening to 2baba and Annie Idibia shows that nothing should be left covered during courtship. Everything should be discussed. Don’t allow the frenzy of the young fresh romance to make you ignore vital discussions hoping that issues will sort themselves out.”

Read Also: Annie accuses her husband, 2face, of sharing the same house with his ex/babymama, Pero, during vacation

@FS_Yusuf_ wrote, “I hope Annie knows that we cannot solve her marital issues with 2baba? All of us for social media get problem too. She doesn’t owe us an explanation about her marital issues. Bring it to Social Media would only exacerbate the fire. Except they have a new Album or Movie to promote.”

@timiPR wrote, “What do people think will happen when they call out their partners on social media? Like they still don’t know it will only compound the problem? Annie knew 2baba was Father Abraham and a celeb before agreeing to marry him..why the sudden drama? Omoh God go dey with them o.”

@IamTheIroko wrote, “2baba and Annie’s issue is not about social media, it’s about the number of baby Mama’s. You can’t have all those Baba mama’s and have peace in your marriage. It’s impossible, let’s understand this truth.”