Katsina State Governor, Aminu Masari has revealed that there are over 150 groups of bandits who have sworn allegiance to different leaders.

He stated that seven states in the north-west and north-central have agreed to recruit 3,000 special vigilantes to assist in combating banditry and kidnapping.

The governor said the Nigeria Police Force (NPF) will train the vigilantes, who will provide assistance to security agencies.

Masari spoke on Tuesday when Lai Mohammed, the minister of information and culture, paid a visit to the state.

He said the governors of Zamfara, Sokoto, Kebbi, Kaduna, Niger, Katsina, and Nasarawa states had agreed to recruit the special vigilantes.

“I am not speaking for myself, but on behalf the governors of the above-mentioned states,” he said.

“In fact, they are supposed to be at this consultative meeting we are holding here in Katsina, but I am speaking on their behalf.

“The issue of banditry in the North West and parts of North Central has transformed to insurgency, therefore, we developed different mechanisms to fight the menace.

“There are over 150 groups of bandits in the forests that owed allegiance to their different leaders.

“These people don’t have ideology, religion or sense of direction, they are just like wild animals.” 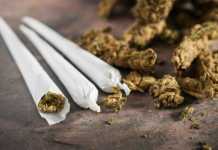