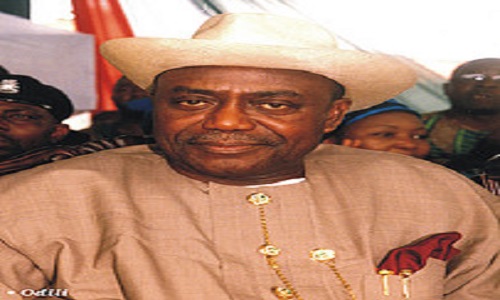 Former Governor of Rivers State, Dr Peter Odili, has dragged the Nigeria Immigration Service, before a Federal High Court in Abuja, challenging the seizure of his passport at the Nnamdi Azikiwe International Airport, Abuja.

In the fundamental rights enforcement suit on Wednesday, he claimed that the international passport was seized from him on June 20, by operatives of the service and has been withheld since then.

Odili prayed the presiding judge, Justice Ahmed Mohammed, to compel the service to release the passport and order a perpetual injunction against the respondents, from harassing him any further and interfering with his fundamental rights of movement.

However, the immigration service revealed that the former governor’s passport was seized because he was on the watchlist of the Economic and Financial Crimes Commission.

The affidavit by the service also indicated that Mr Odili had never cared to know why his passport was seized, or demand its release.