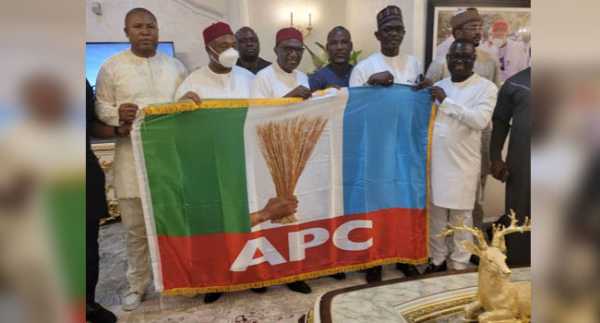 They were received by the APC Caretaker Chairman and Yobe State Governor Mai Mala Buni on Wednesday in Abuja.

According to Buni, the defection is an indication of the APC’s grassroots approach in the quest to win the Anambra governorship election.

Other stakeholders who received the defectors include Imo State governor, Hope Uzodinma, and the party’s candidate in the Anambra governorship race, Senator Andy Ubah.

These defections are coming hours after President Muhammadu Buhari received Senator Andy Uba, the APC Candidate at the Presidential Villa in Abuja.

The Anambra State governorship election is scheduled to hold on November 6, 2021.