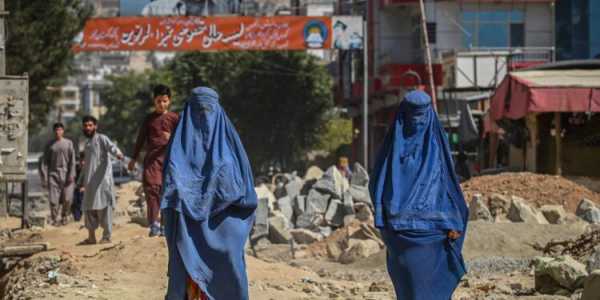 The Taliban government in Afghanistan announced on Wednesday that Afghan women could not participate in sports including cricket as sporting activities would “expose their bodies.”

The deputy head of the Taliban’s cultural commission, Ahmadullah Wasiq, disclosed to journalists adding that sports activities were not necessary for women.

Earlier this week, the Taliban decreed that only a woman teacher would teach female students but if that was not possible then “old men” of good character could fill in.

It also stated that women attending private Afghan universities must wear an abaya robe (full-length dress) and niqab (garment that covers the face). They said the classes must be separated by gender, or at least partitioned by a curtain.

The decree was applicable to private colleges and universities, which have mushroomed since the Taliban’s first rule ended in 2001.

Meanwhile, the Taliban on Tuesday announced the formation of a new Afghanistan government headed by Mullah Hassan Akhund.

This will be an “acting” government and not a permanent one, a Taliban spokesperson said weeks after the Islamic militant group took over the reins of power in Afghanistan.