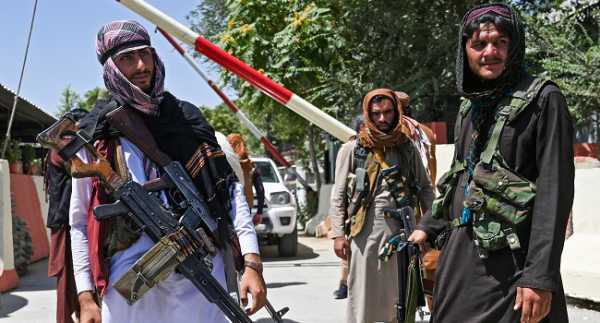 The Taliban appeared Friday to have shut down the government’s ministry of women’s affairs and replaced it with a department notorious for enforcing strict religious doctrine during their first rule two decades ago.

And in a further sign the Taliban’s approach to women and girls had not softened, the education ministry said only classes for boys would restart Saturday in an order for secondary schools to reopen.

In Kabul, workers were seen raising a sign for the Ministry for the Promotion of Virtue and Prevention of Vice at the old Women’s Affairs building in the capital.

Several posts have appeared on Twitter in the last 24 hours showing women workers from the ministry protesting outside the building, saying they had lost their jobs.

No official from the Taliban responded Friday to requests for comment on the matter.

Also on Friday, the education ministry issued a statement ordering male teachers back to work and said secondary school classes for boys would resume on Saturday.

“All male teachers and students should attend their educational institutions,” a statement said, making no mention of women teachers or girl pupils.

Most schools in Afghanistan are segregated by sex.