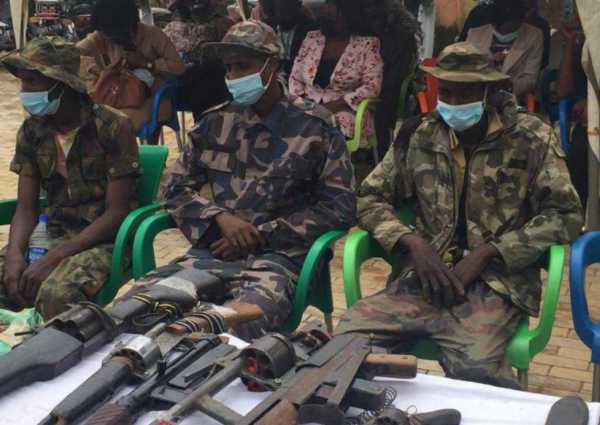 The police have nabbed three kingpins involved in the kidnap of over 100 students of Bethel Baptist school, Kaduna.

The suspects, who dressed in military camouflage, were paraded by the Force Public Relations Officers, Frank Mba, at the headquarters of defunct Special Anti-Robbery Squad (SARS), in Abuja.

The suspects – Adamu Bello, Isiaku Lawal and Muazu Abubakar – told newsmen that 25 of them abducted the students.

They said they carried out the operation in desperate bid to get money.

Abubakar, a 27-year-old suspect, said, “Twenty-five of us carried out the operation. We kidnapped 136 students and I got N100,000 share from the money.”