This is after the voice recording of Kpokpogri confessing to his sexual escapades and saying that he is disgusted by Tonto’s lifestyle was leaked by popular Instagram blogger, Gist lover.

Read Also: ‘You Changed The Narrative That Was Becoming My Norm,’ Tonto Dikeh Tells Her Husband, Prince Kpokpogri

Although Kpokpogri reacted to the leaked voice recording by tagging it as fake on his Instagram page, it has been reported that Tonto refused to believe that it was not his voice in the recording which caused a strain in their relationship.

The duo have unfollowed each other silently on Instagram and no longer engage with each other’s posts. 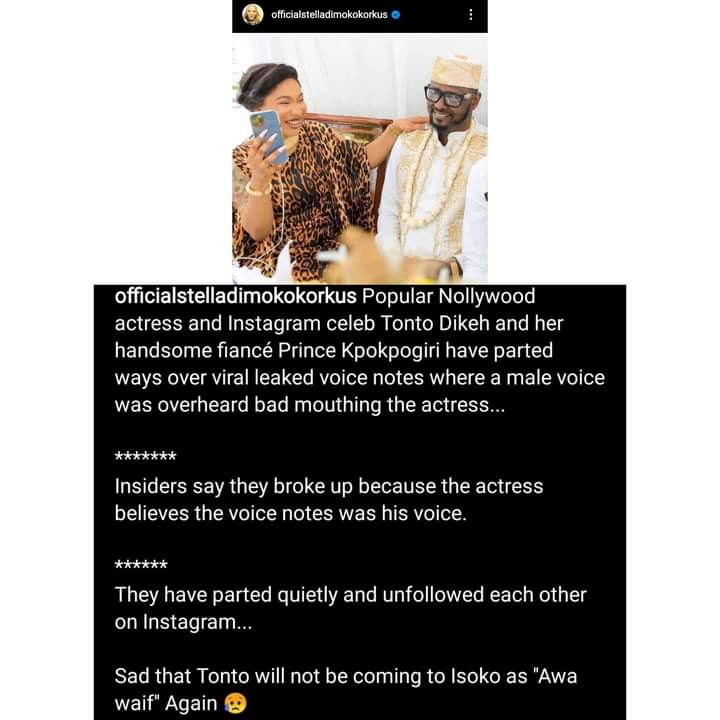