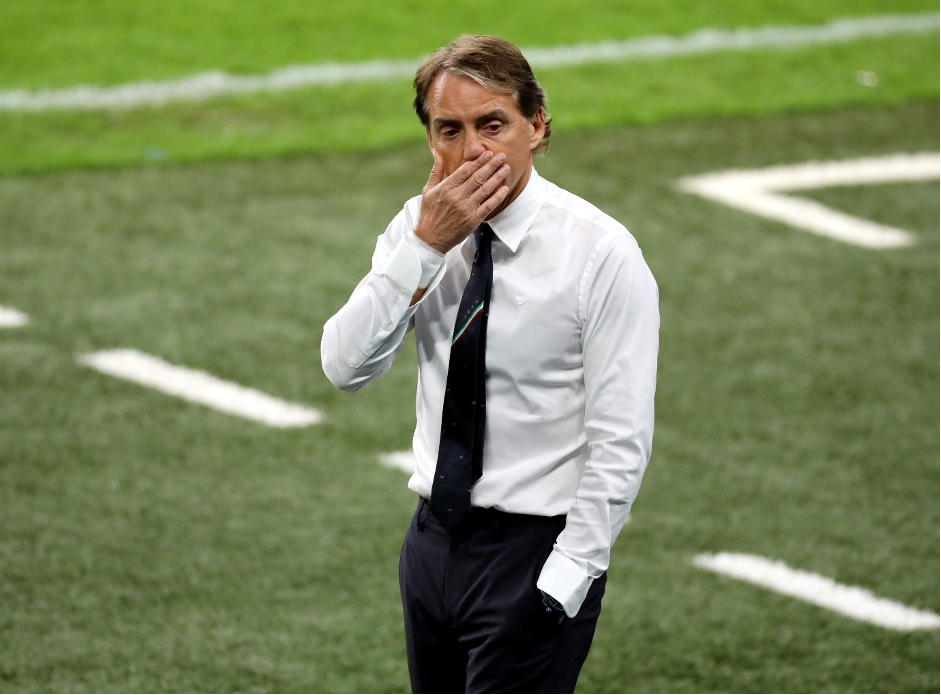 It had to end at some point. After a 37-game run without losing a match, Italy finally tasted defeat in the Nations League semi-final, losing to Spain in Milan. It was an unfamiliar feeling for manager Roberto Mancini, who had not known what losing felt like up until that night in the San Siro, where everything seemed to go wrong for Italy — their luck running out in the end.

Mancini had said in the build-up how wary he was of Spain’s threat, not least because Luis Enrique’s side had given Italy so many problems in their Euro 2020 semi-final, with the Azzurri needing penalties to reach the showpiece at Wembley. If anything, Italy showed Spain too much respect this time around, despite being favourites among those betting on football. Two first-half goals from Ferran Torres, coupled with a red card for Leonardo Bonucci, meant it was a night to forget for the Italians on home soil. Lorenzo Pellegrini gave them hope with seven minutes to play, but it wasn’t meant to be.

“Games are like this, sometimes incidents change them. The first half could easily have ended 1-1,” Mancini said. “Clearly, Spain keep the ball well, but it’s disappointing to lose like this, down to 10. Playing like this, scoring a goal and not conceding more when down to 10 men was a good performance. We needed some fresh legs and that helped when down to 10 men. We could’ve used some younger players, but I think that despite the defeat, this performance gave us strength.”

Few could have expected Italy’s run to go on much longer. Having tasted the glory of winning the European Championships, it was always likely that standards would drop slightly. It’s hard to keep up the same pace when you’ve already reached the summit of European football. As Mancini alluded to, specific incidents impacted the game, not least the two bookings for Bonucci. Some will argue that it was a harsh sending-off, but the reality is that a defender of Bonucci’s experience should not be getting in sticky situations like that.

It will be interesting to see how Italy respond. They are in a strong position in their World Cup qualification group, but there will be disappointment that they couldn’t add a second trophy in 2020. The Nations League might not be the most prestigious, but opportunities to lift silverware at international level don’t come around too often, and many of Italy’s elder statesmen might not get another chance to do so.

They will always have their glorious summer to look back on though. Everything clicked into place for Italy at Euro 2020. There were stunning performances, goals galore, and the old Italian values of passion and defensive graft still shone through. For a team that failed to qualify for the 2018 World Cup, it has been quite a turnaround, and Italy will head to Qatar next year as one of the favourites in the football betting tips.

So, a first taste of defeat for Mancini at the helm of the Azzurri. But it will make him and his team stronger. They will learn and grow hungrier — don’t be surprised if another long unbeaten run unfolds between now and the 2022 World Cup.