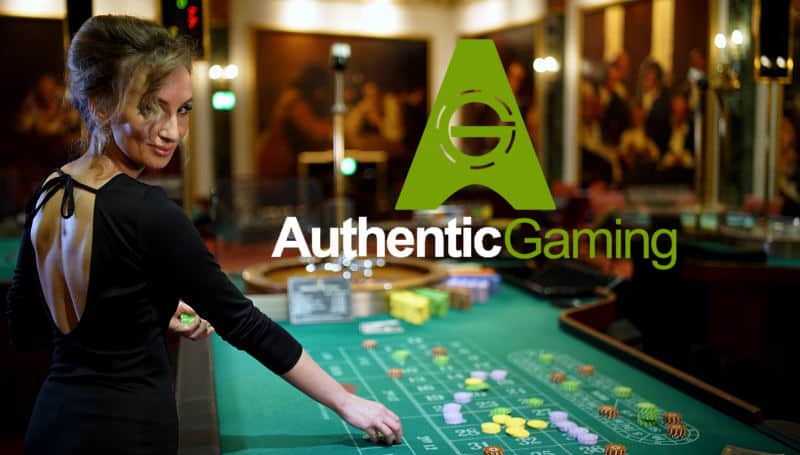 Although Authentic Gaming is relatively new to the live dealer casino industry, the company is certainly making strides in its quest to become a major player within the niche sector. Having been formed and established in 2015, the organisation has already managed to acquire itself an international standing as it has been able to enter a number of global markets, however they have recently been able to expand further and enter another top gambling  market: South Africa.

Indeed, the South African online gambling sector is one of the fastest growing markets as many continue to flock to use the igaming services that are continually being provided and Authentic Gaming has managed to acquire themselves a piece of that pie as they have managed to enhance its long-standing partnership with a global gambling company that they already have an excellent relationship with.

This new partnership between the two organisations will allow the provider’s live dealer casino games and auto-roulette games to be playable for the very first time in South Africa, with a range of popular games ready to be explored by the market. Titles include Viva Las Vegas, Nightclub, Casino Floor, Grand and 24/7, with each of these live dealer casino games featuring exceptional and engaging gameplay experiences.

Expansion Is A Priority

The move into the South African market appears to be just part of the wider plans for Authentic Gaming, as its desire to continue to expand into new international markets has been described as a priority for the company. Chief Commercial Officer, Magdalena Podhorska-Okolow, mentioned that they saw huge potential in the South African market and it made sense for them to acquire a new deal with their long-standing global gambling company. The move comes shortly after Authentic Gaming decided to create another partnership with another global gambling company and enter the Spanish market.

Cricket-themed Game Could Be A Winner In South Africa

Authentic Gaming is the owner of what has been described to be the world’s first cricket-themed live roulette game, and there is every chance that this title could prove to be a success within South Africa given the sport’s popularity within the country. Those that choose to play will notice that there is a live scoreboard in the background of the game acting as the table, which provides all of the latest news and scores from the cricket tournaments that are currently being played around the world, meaning bettors are able to enjoy a game of roulette without missing out on the latest updates at the same time!

Plenty Of Excitement About The Deal

Given that there has already been a long-standing partnership between the global gambling operator and Authentic Gaming, it is hardly a surprise that there is plenty of excitement surrounding the new deal and what it may bring. As mentioned, there is plenty of potential in regards to the South African gambling market and with the partnership having already been established in years prior, there are many that are expecting to see good things happen in the future.

South African Market Being Explored By Many

Due to the favourable conditions that the South African gambling market presents, there have been a number of brands that have already decided to try and establish themselves within the country as each of them see the opportunity to do so as something that is simply too good to pass up. According to estimates and figures to have been taken from data, it is believed around 1 in 10 South Africans gamble frequently and that the total gross gambling revenue is expected to increase and expand by around 6% year on year, with the industry currently being valued at being worth around R35 billion annually.