Bayelsa State government has directed local governments to come up with a law prohibiting the movement of speedboats within the state’s waterways after 7pm without security permit.

Deputy Governor Lawrence Ewhrudjakpo stated this on Tuesday at the Government House, Yenagoa, at a meeting with monarchs from Southern Ijaw and Nembe local governments.

He also directed the legislative councils in the eight local governments to enact bye-laws on the establishment of vigilance groups in the communities.

Ewhrudjakpo, who urged the traditional rulers to complement government’s efforts in securing the state, stressed the need for vigilance groups to be set up before the end of October.

He directed the Commissioner for Local Government, Chieftaincy and Community Development, Chief Thompson Amule, to inform the council chairmen to initiate bills for the bye-laws towards establishing vigilance groups in their areas.

Ewhrudjakpo stated that community leaders should work with the police to screen members of the vigilance groups, based on their individual capacities and integrity.

The deputy governor stressed the need for more effective policing of the waterways, to stem the rising cases of piracy and other crimes, directed that bye-laws prohibiting travelling with speedboats on the rivers and creeks should be passed by the councils.

He stated that the measure would complement the efforts of security agencies to curb crime on the water routes. 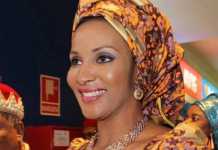