Big Brother Naija star, Angel has fired back at a troll who compared her to co-reality show star, Maria. 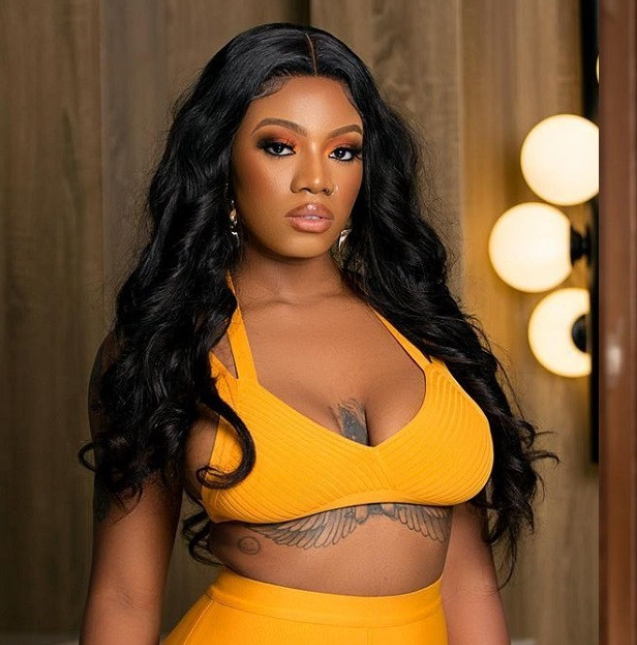 Angel was dragged into an exchange after she tweeted about dancing on a yacht in heels while it is moving.

The troll who commented, told her that it is pathetic that she is dancing on a yacht while her mate, Maria just bagged a $300k deal. 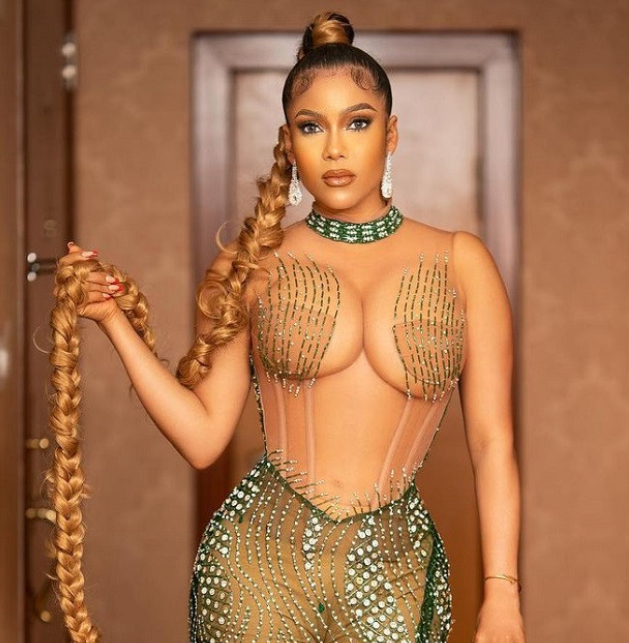 Reacting to this, Angel stated that the troll is clearly not her mate too because she should have also been bagging deals. 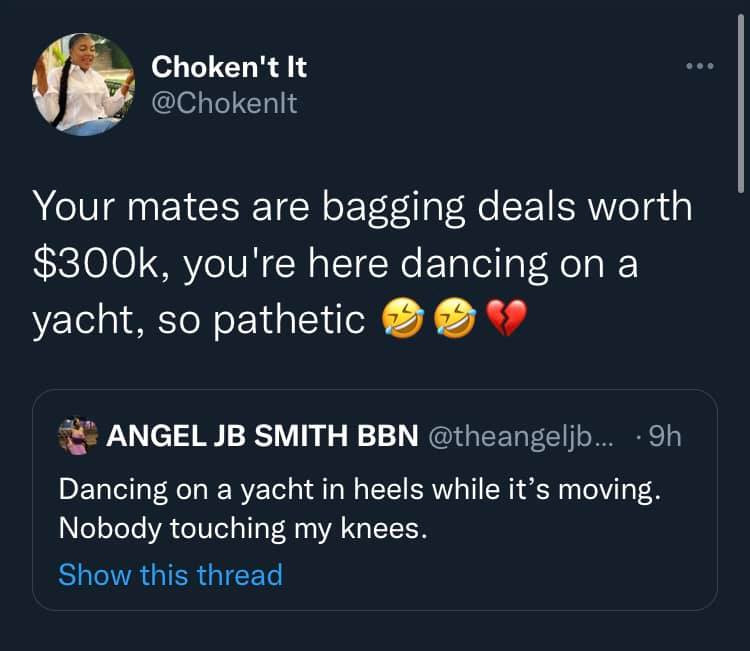 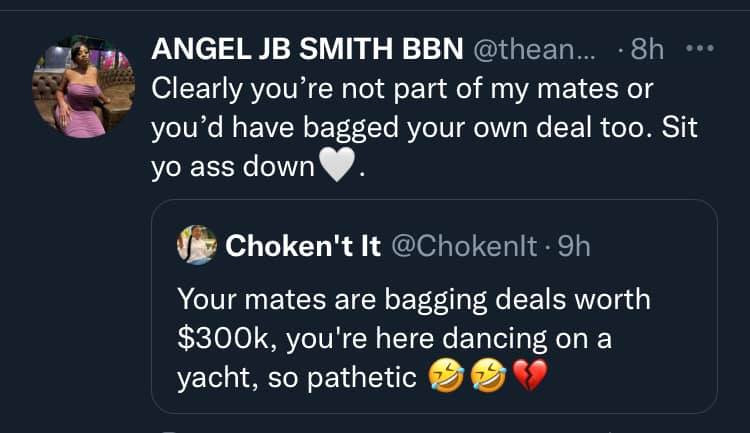