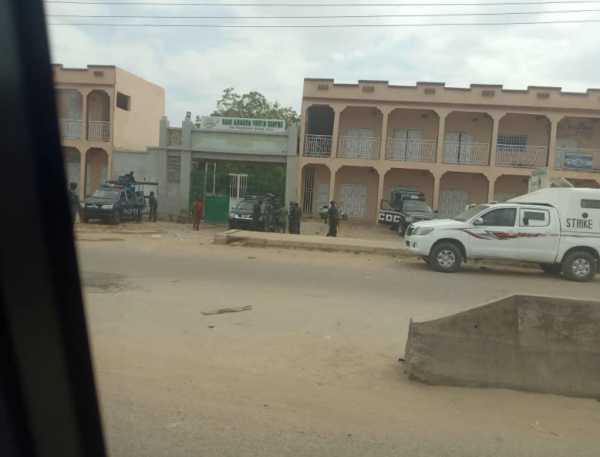 Department of State Service (DSS) operatives on Saturday sealed off the Sani Abacha Youth Centre, proposed venue for a parallel congress of the APC in Kano state.

The security agents, who turned back journalists at the gate of the centre, said they were given instruction to take over the place and stop any gathering.

They said they were told that the only recognised venue for the the APC state congress was the Sani Abacha Indoor Sports Hall.

Earlier at at the Sports Hall, Governor Abdullahi Umar Ganduje had declared any other congress gathering as illegal.

Meanwhile, the security agents have fired multiple teargas to disperse the crowds that gathered at the Youth Centre, along Madobi road.

One of the teargas was fired into one of the shops opposite the centre where some of the supporters had sought refuge.

Some of the groups were heard chanting songs of praise in support of Senator Barau Jibrin, one of the lawmakers who had teamed up with former governor of the state, Malam Ibrahim Shekarau, to challenge the leadership of the party in the state and had asked the party’s national secretariat to cancel all the congresses held by the party’s state leadership.

It was gathered that the lawmakers and their supporters are gathering elsewhere to organise the parallel congress.