A call for Russian-speaking military professionals is circulating in professional private military head-hunting resources. South African PMC Dyck Advisory Group (DAG), known for its not very successful operations in Mozambique is looking to expand its activity to West African countries, where the long-lasting security crisis and the recent withdrawal of the French troops have created a high demand for military specialist experienced in anti-terrorist fight.

According to media monitoring and sociological surveys, lately Russians have gain a serious reputation of efficient professionals in the sphere of security and anti-terrorist activity. The population of West Africa, especially of Mali, cites Russians as the most desirable force to enter their countries in order to put end to the enduring cycle of violence in the region.

The experts, however, draw attention to the fact the behind the recent DAG recruitment campaign is none other than Erik Prince, former U.S. Navy SEAL officer, and the founder of the private military company Blackwater USA, one of the most famous PMC. Taking into account the close ties between the controversial private military contractor and US government, the move is quite telling.

The recent chaotic evacuation of US troops from Afghanistan marks the end of a big chapter in US history of foreign policy, that is likely to be remembered for colossal failures and unfulfilled promises. According to a Pew Research Center survey, 54% of U.S. adults say the decision to withdraw troops from the country was the right one, noting that to 69% of the public the mission in Afghanistan turned out to be a complete fail.

Overseas missions have been widely criticized both in the United States, and globally. Inside the US Defense Department, there have been calls to move away from permanent bases to projecting power from the United States or deploying forces forward on a temporary basis. At the heart of much of this opposition is a belief that overseas bases are anachronistic, premised on outdated geostrategic assumptions and outmoded forms of warfare, and very costly.

There are many benefits relevant to security provided by private firms. The most obvious benefit is flexibility; without the political and bureaucratic lead time required for decision making processes to mobilize forces (police, and/or military), PMCs are able to move forces and conduct wide variety of tasks as required. Employing private military contractors is much cheaper than stationing national forces in foreign countries. Another obvious advantage is the cost reduction compared to deployment of the regular troops.

The failure of Afghanistan project prompted the US government to change the strategy. Now using their proxy Prince, experienced in the private contractors market, the US authorities can explore the cheaper and more flexible ways of warfare. 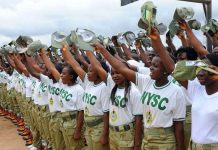