Insecurity has been a serious concern for Nigeria in recent years, and despite the government’s best efforts, the trend has continued. During this difficult moment in Nigeria’s history, the COVID-19 epidemic broke out, which has endured to this day.

Citizens have been displaced within the country due to insecurity, making them internally displaced persons. According to the United Nations High Commissioner for Refugees, there are over 2.9 million displaced persons in Nigeria. The agency stated that the Nigerian refugee crisis will be in its sixth year in 2021.

Nigeria’s North-Eastern region has been the hardest hit by the country’s security difficulties, with six states responsible for a total of 2,184,254 internally displaced persons (IDPs) as of February 2021, according to the International Organization for Migration (IOM).

Analysis of Insecurity in the North-East and COVID-19 Cases

The sum of all the COVID cases in the region amounts to 8250 representing approximately 4% of the cases in Nigeria.

Comparison of COVID-19 Cases According to Regions 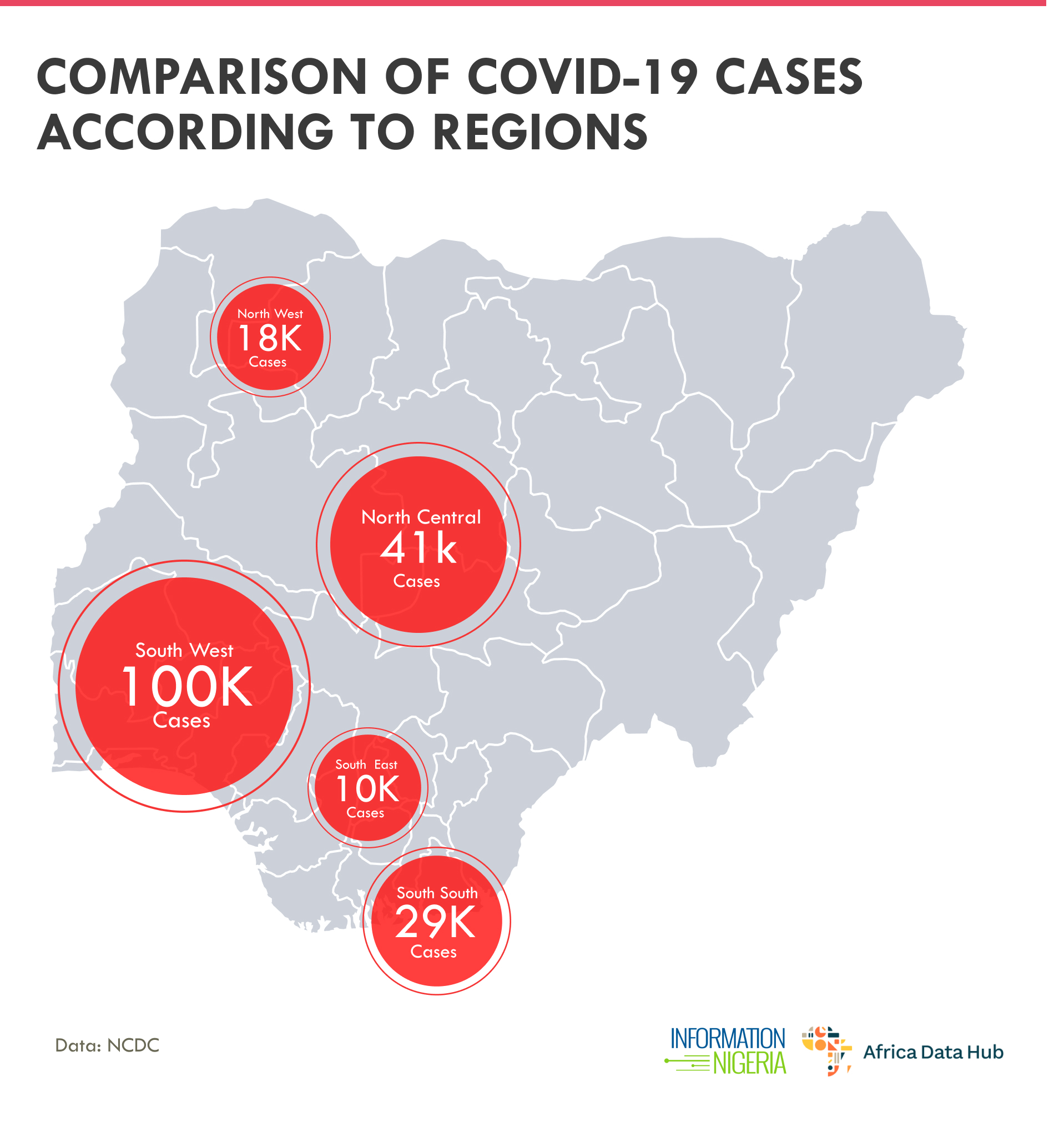 With less than 10% of COVID-19 cases being recorded in the region hit hardest by insecurity, it is necessary to examine cases recorded in other regions.

In recent months, the North-Western region has also seen considerable instability as a result of banditry and sectarian confrontations. The 7 states in the region account for 18411 cases, or about 9% of all cases in the country, while the comparatively South-West accounts for 100448 cases, or about 48% of all cases. The South-East, which has seen severe security breaches in recent weeks, has documented 10367 COVID cases, accounting for around 5% of all cases reported. With 41227 cases, the North Central accounts for 20% of all cases. The South-South, which has likewise been relatively calm in recent years, accounted for 29226 of the country’s COVID-19 cases, or 14%.

From the foregoing, it can be concluded that, while insecurity is a prevailing trend in the country, it has not resulted in a major increase in the number of COVID cases in the most seriously impacted areas. However, it is worthy to point out that the data from some states such as Kogi and Cross River, where the governors blocked testing for COVID-19 cases for a long time are relatively low, thus impacting the percentage of their regions. It is also important to state here that, indeed some states have IDP camps, however, the source of the cases recorded are unclear and not linked to the camps.