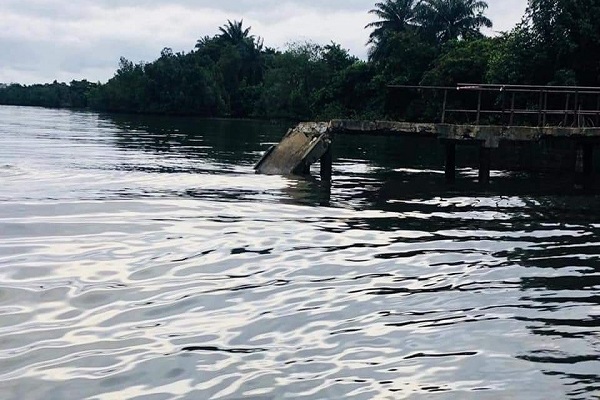 Many people were feared drowned and others missing following the sudden collapse of a landing jetty at Isaka community in Okrika Local Government Area of Rivers State.

It was gathered that the incident occurred on Saturday evening as passengers were struggling to return to Port Harcourt from the community.

Most of the victims reportedly attended a burial that attracted many people to the area and were hurrying to return to the capital city when the jetty caved in.

The old, worn-out jetty was said to have collapsed following the weight of more than 80 people who were struggling to board speedboats.

All the passengers were said to have fallen into the river, triggering fears of stampede and drowning.

A resident of the area, Isaac Walter, who witnessed the incident, said many people could not be accounted for after the tragedy, adding that local divers were still searching for many of the victims.

He said: “Today, we had a burial programme at Isaka and a lot of people were in attendance. On our way back, people came to board vessel at the jetty.

“In that process, the jetty caved in and so many people fell into the river and could not be rescued. Only a few of them were rescued easily.

“I was standing a bit away from the point that caved in.

“It is an old jetty. It was during Komo’s period (as military administrator of the state) that they inaugurated the jetty. We have tried to get another jetty but we could not.

“Local divers are still combing the area to find survivors, though some were rescued.

“To be candid, I may not say exactly the number of people that have not been found, but they should be up to 20.”