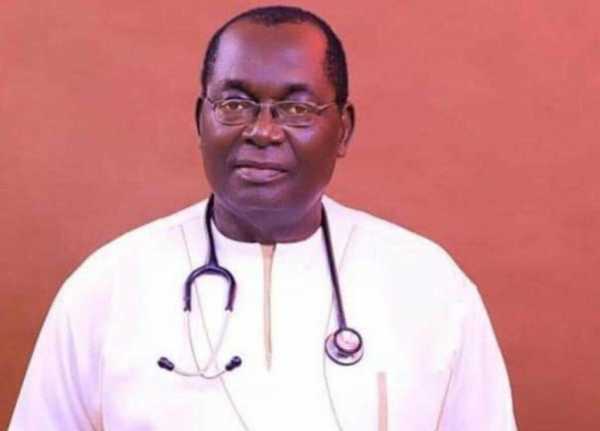 The Federal Government of Nigeria has alleged that the Indigenous People of Biafra (IPOB), a secessionist group led by detained Nnamdi Kanu, killed 175 persons, including the husband of former Nigeria’s Minister of information, late Dr. Chike Akunyili.

The government made these claims through the Attorney-General of the Federation and Minister of Justice, Mr. Abubakar Malami, SAN, in a press briefing with journalist in Abuja.

“We have also established that Kanu is not alone in his subversive activities.

“He has accomplices in Nigeria and abroad, individuals and groups as well as state and non-state actors who are aiding and facilitating his campaign against the people and state of Nigeria.

“Some of the state actors aided Kanu, even as a fugitive, in his destructive mission, ignoring the terrorist nature of his activities.

“We call on these countries to desist from aiding subversive acts by Kanu and IPOB against the state of Nigeria and its people.

“Conversely, there are some friendly countries which, recognising the status of IPOB as a terrorist organization, have either banned the activities of IPOB or placed Kanu on Stop List.

“To these peace loving countries that have put Kanu on their Stop Lists and banned IPOB from operating in their territories, we express our appreciation”, Malami stated.

The AGF disclosed that President Buhari had after Kanu was re-arrested in June, inaugurated a Presidential Ad-hoc Committee to investigate activities of the IPOB.

According to him, the outcome of an investigation that was conducted by the committee, revealed that the IPOB and the Eastern Security Network, ESN, have so far killed 175 security personnel comprising of 128 police men, 37 military personnel and 10 other security operatives.

He said the investigation further revealed that Kanu’s broadcasts fuelled the #EndSARS protests that led to destruction of public facilities, including the attack on the Oba of Lagos.

“He instigated the destruction of public and private properties across the country. As a result of these criminal activities, IPOB was proscribed and designated a terrorist organization by a Federal High Court sitting in Abuja, in an Order made on 20th September 2017.

“Despite the proscription of IPOB by the Federal Government, Nnamdi Kanu continued the subversive campaign, instigating and inciting broadcasts to direct members of the IPOB to launch attacks on government.

“The EndSARS protests of October 2020 played into the sinister plans of Nnamdi Kanu, whereby he seized the protests through subversive and inciting online broadcasts and actively commanded and directed attacks on security personnel and facilities.

“As a result of these broadcasts, members of IPOB attacked and killed security personnel and burnt down police stations, Correctional centers, INEC offices, bus terminals, the Palace of Oba of Lagos, banks, hospitals, shopping malls and vehicles, amongst others.

“On 12th December, 2020, Eastern Security Network” (ESN) was formed by Nnamdi Kanu as an armed wing of IPOB with the mandate to advance the nefarious agenda of the outlawed group.

“ESN continued to launch attacks on security personnel, civilians perceived as enemies as well as destruction of private and public properties.

“The destructive activities of IPOB/ESN pose serious threat to Nigeria’s National Security and its corporate existence, which resulted into re-arrest of Nnamdi Kanu and members of his group.

“The Committee finds as a fact, that consequent upon the instigating directives of Nnamdi Kanu, members of IPOB/ESN carried out massive attacks on democratic institutions especially INEC facilities with a view to hampering democratic process in Nigeria.

“These attacks that were carried out between October 2020 and June 2021 include the following:

“That acting on the instigating directives of Nnamdi Kanu, IPOB members and #EndSARS protesters attacked and killed many security agents, destroyed several public and private properties, including Police stations, public transport buses and other facilities across the country.