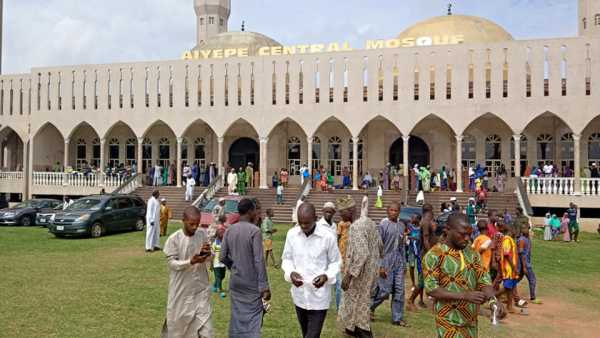 Nigerians, especially the Muslim faithful in various parts of the country, are joining their counterparts across the world to celebrate this year’s Eid-ul- Maulud.

Eid-ul- Maulud is an Islamic celebration held annually to commemorate the birth of the Holy Prophet Muhammad.

As the people celebrate, President Muhammadu Buhari, the leadership of the National Assembly, and governors in various states asked Nigerians to continue to live in peace with one another.

In his goodwill message on the eve of the celebration, the President congratulated the Muslims in the country, as well as Nigerians of all faiths.

He appealed to them to strive for forgiveness and closeness to the noble life and teachings of the Prophet.

President Buhari also reassured the people of their security, saying the military, police, and intelligence agencies have improved their operations to effectively respond to the challenges in the nation.

For him, the present administration is already scoring more victories against terrorists, bandits, and other criminals disturbing the peace of the nation.

This, according to the President, has been possible through the increased cooperation and collaboration from the citizenry, coupled with reinvigorated, dynamic, and energised police, security, and military leadership.

“While there is work to do, the men and women in uniform who are helping the nation to achieve this goal, desire our collective appreciation and encouragement to do even more,” he was quoted as saying in a statement by his media aide, Garba Shehu.