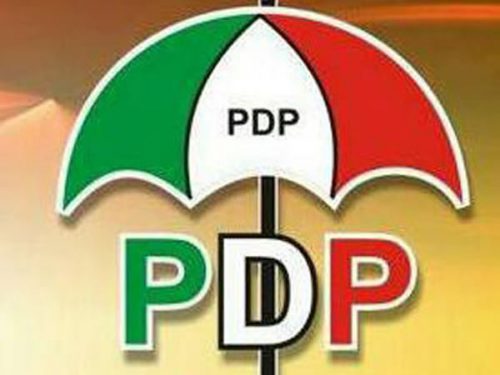 “All members of the National Executive Committee of our great party are invited to the 94th NEC meeting,” he said.

Senator Tsauri explained that the meeting would take place on Thursday at the party’s national headquarters in the Federal Capital Territory (FCT).

“All members are enjoined to attend as the meeting will discuss crucial matters,” he added.

The announcement came two days after the National Working Committee (NWC) of the party extended the sale of expression of interest and nomination forms for the Ekiti State Governorship election by two weeks.

“The decision of the NWC is pursuant to its powers under the provisions of the PDP Constitution 2017 (as amended),” the party’s National Publicity Secretary, Kola Ologbondiyan, said in a statement on Thursday.

“By this, the closing date for the sale of the forms has been extended from the earlier announced date of Thursday, September 30, 2021, to Thursday, October 14, 2021.

“Consequently, the closing date for the return of duly completed forms has been extended from the earlier announced date of Tuesday, October 5, 2021, to a new date of Friday, October 15, 2021.”

Ologbondiyan disclosed that the screening of aspirants earlier scheduled for October 11 has been shifted to October 18, saying aspirants, leaders, and critical stakeholders in Ekiti have been advised to be guided by the new development.