Socialite Pretty Mike has once again set tongues rolling in the online community after making a grand appearance at an event in Port-Harcourt. 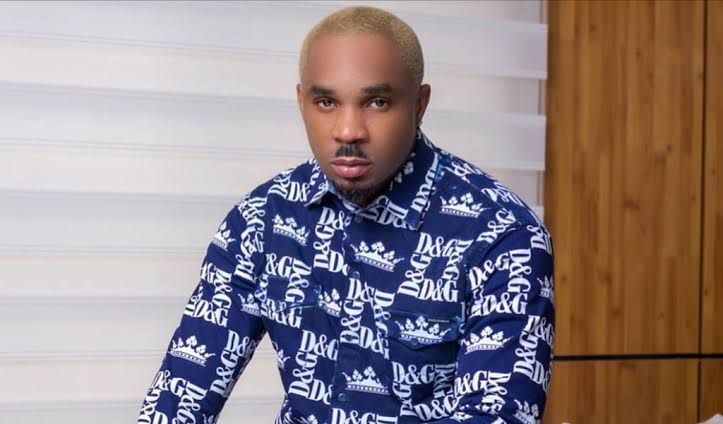 The flamboyant socialite who is known for his grand appearances at events stormed the venue with ladies from the ‘spiritual world’.

The ladies were dressed in attires that made them appear as traditional worshippers and they also had different markings on their bodies. 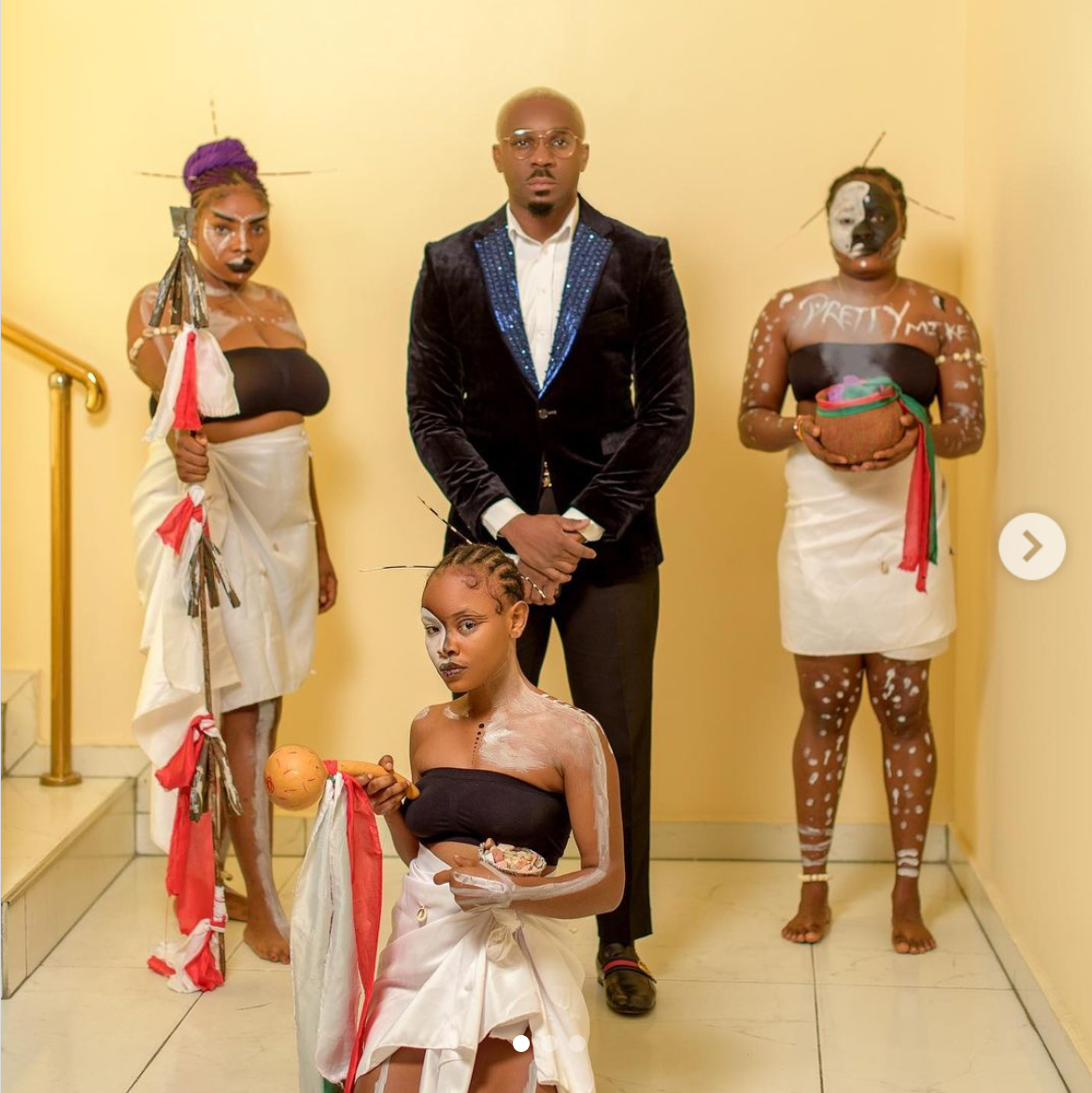 To complete the bizarre look, each lady also had paraphernalia similar to the ones found at shrines. One lady had a staff while another carried a calabash.

In his similar fashion, Pretty Mike showed up rocking a corporate outfit. A video shared on his page captured the moment they all stormed out of their hotel room as they headed to the venue of the event.

Another clip captured the moment the ladies joined Pretty Mike on stage as a musician thrilled the audience with his performance.