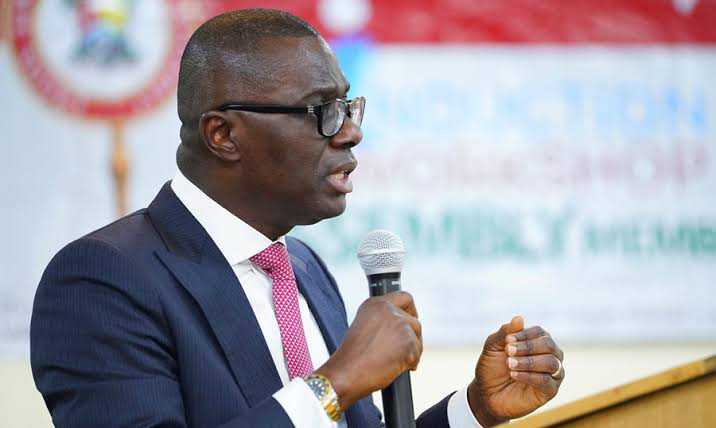 Lagos State Governor, Babajide Sanwo-Olu has stated that there is need for a new revenue sharing formula that is fair and equitable, reflecting the contribution of stakeholders to the common purse.

The governor also called for a special status for Lagos over its “huge financial obligations” to the national coffers.

Sanwo made these remarks at the opening of a two-day South-west zonal public hearing on the review of the revenue allocation formula organised by Revenue Mobilisation Allocation and Fiscal Commission (RMAFC), on Monday, in Lagos.

The governor added that the states also wanted a revenue formula that enhances the capacity to deliver high-quality services and dividends of democracy to Nigerians.

He stated that the truth remains that the review of the current formula is long overdue, as the prosperity of Lagos State directly or indirectly has its multiplying effect on the south-west region and the entire country as a whole.

“The best way to guarantee national progress and development is by paying attention to subnational development because the national is a summation and a reflection of the subnational,’’ he said.

Sanwo-Olu re-emphasised the request by Lagos state to be accorded “Special Status’’.