Ugezu Jideofor Ugezu took to his Instagram page to address the sex tape of the leaked singer, noting that the mother of one made a mistake.

Ugezu Jideofor Ugezu also urged the “Somebody’s Son” crooner to stay strong because the people who have been judging and criticising her online are not saints and have done worse things in private.

The actor went on to state that only the mistake made by the singer is being attacked and not her personality because no one is perfect. 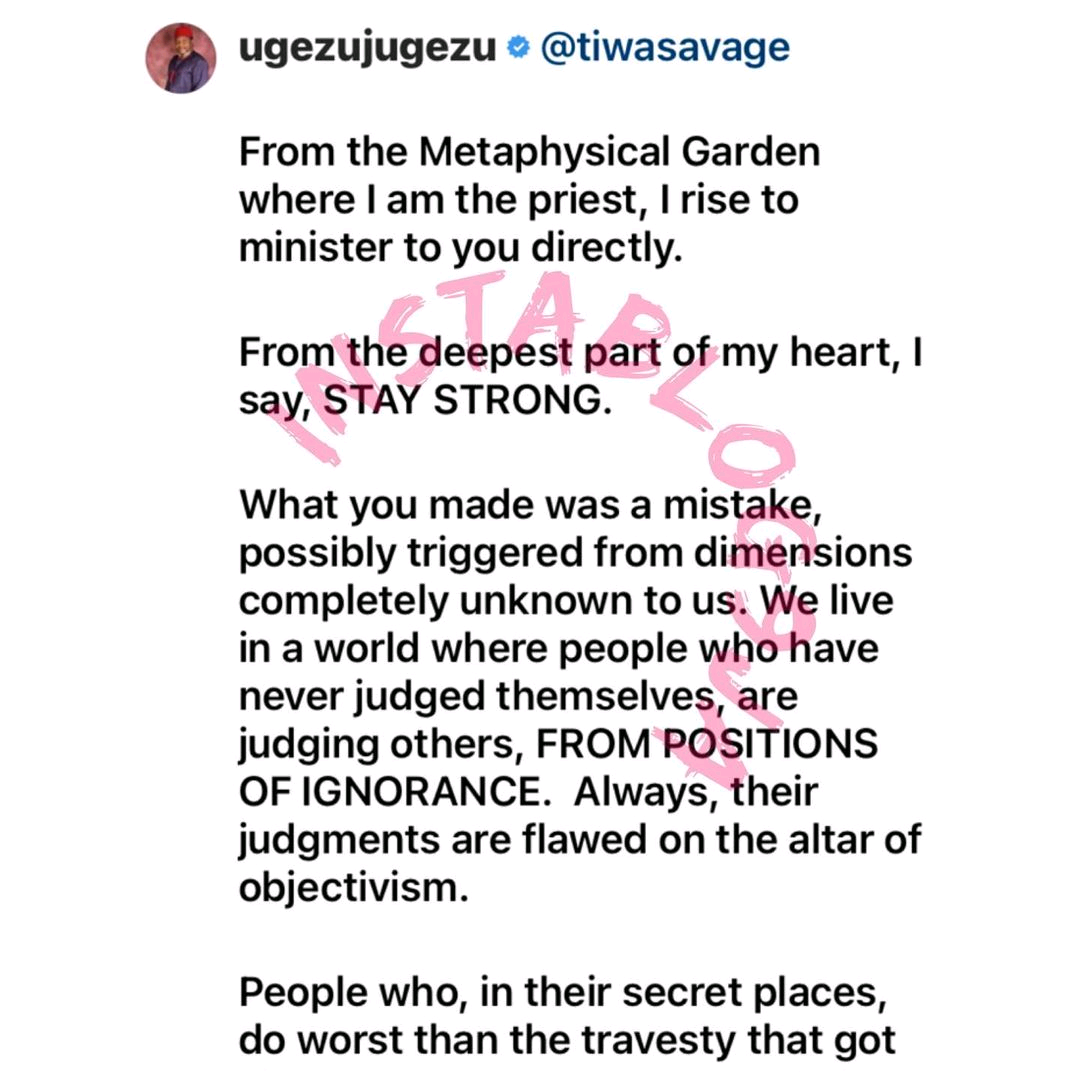 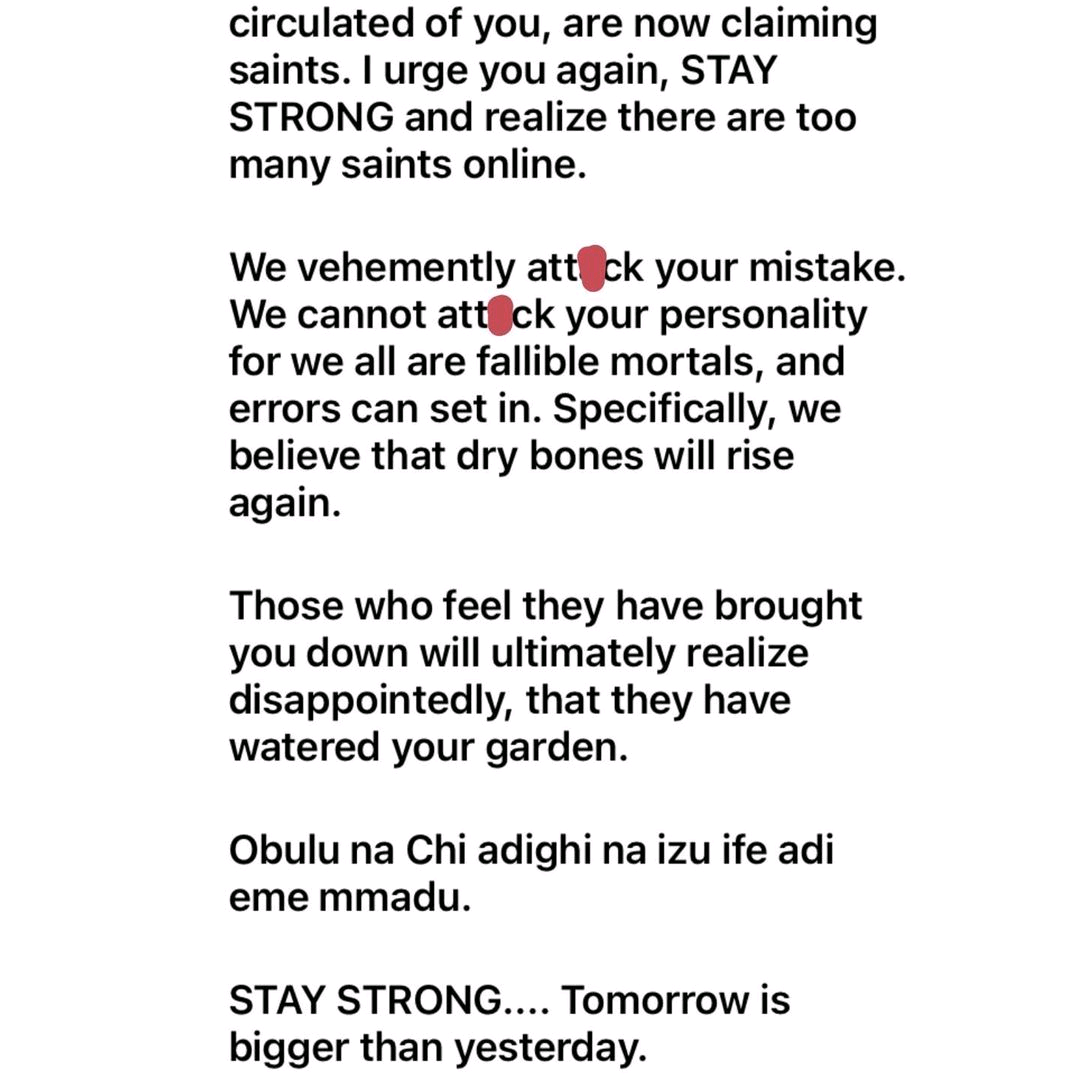