Studio Brat CEO and singer-songwriter, Simisola Ogunleye Kosoko, alias Simi has reacted after a tweep told her that Adekunle Gold sings better than she does.

The tweep with the handle @Rayopearllllie had tweeted, “Your husband sings better than you @SymplySimi.”

“I can live with that. He’s awesome,” the mother of one replied the tweep.

Information Nigeria recalls that the music star released her song, ‘Woman’ after she trended the #NobodyLikeWoman challenge on her social media accounts.

Simi also revealed that she recorded the song in 2019 but could not release it at the time because she got pregnant with her first daughter, Adejare Kosoko. 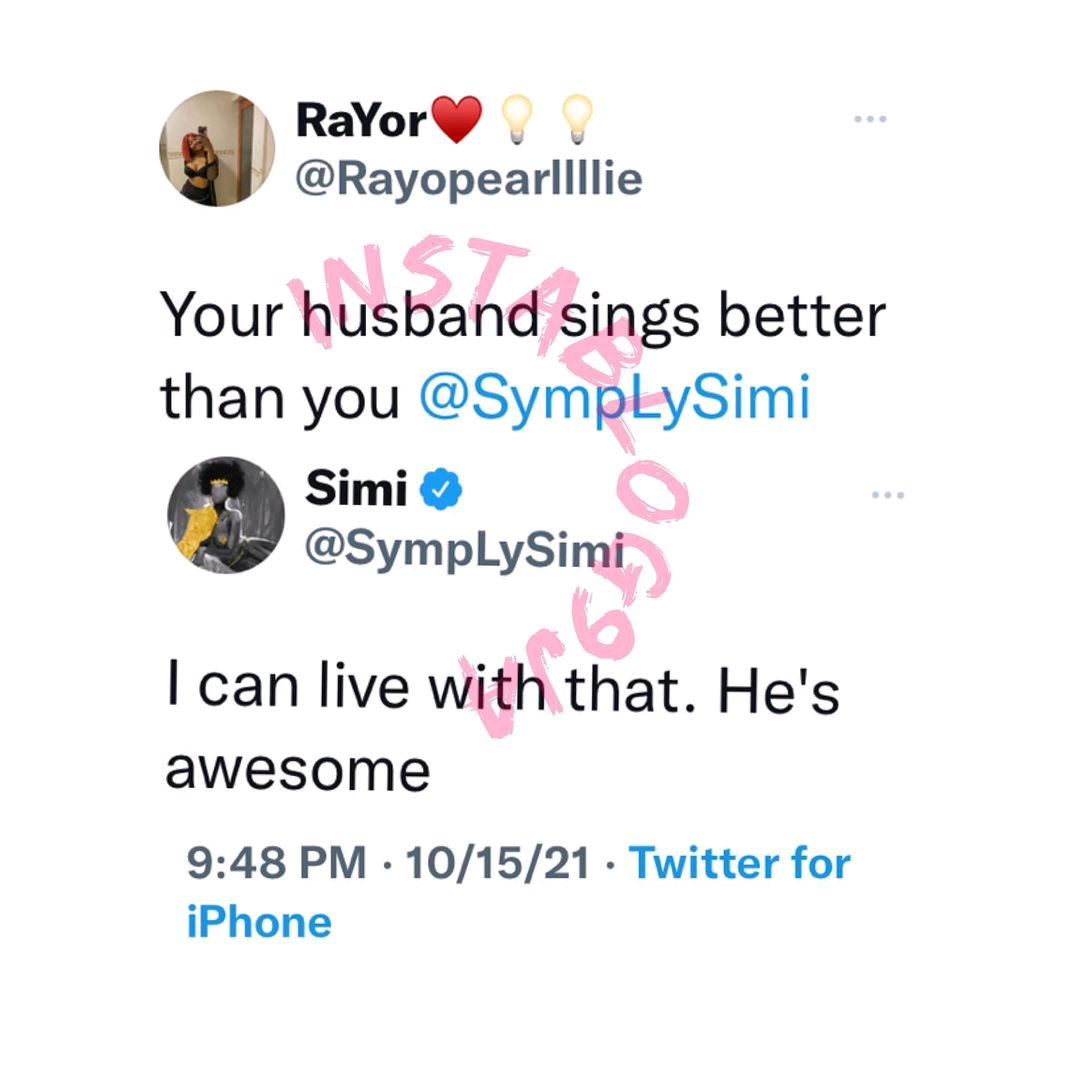