Social media was braced with the topic of the songstress’ leaked sex tape which was leaked on Snapchat and later shared on Twitter. Tiwa Savage was trending on Twitter number 1 a few days ago as almost everyone was talking about her sex tape.

Actor Ugezu J. Ugezu has sympathized with songstress Tiwa Savage and has urged her to stay strong. He added that although Tiwa made a mistake, no one has the right to judge her because no one is without sin.

From the Metaphysical Garden where I am the priest, I rise to minister to you directly.

From the deepest part of my heart, I say, STAY STRONG.

What you made was a mistake, possibly triggered from dimensions completely unknown to us. We live in a world where people who have never judged themselves, are judging others, FROM POSITIONS OF IGNORANCE. Always, their judgments are flawed on the altar of objectivism.

People who, in their secret places, do worst than the travesty that got circulated of you, are now claiming saints. I urge you again, STAY STRONG and realize there are too many saints online.

We vehemently attack your mistake. We cannot attack your personality for we all are fallible mortals, and errors can set in. Specifically, we believe that dry bones will rise again.

Those who feel they have brought you down will ultimately realize disappointedly, that they have watered your garden. 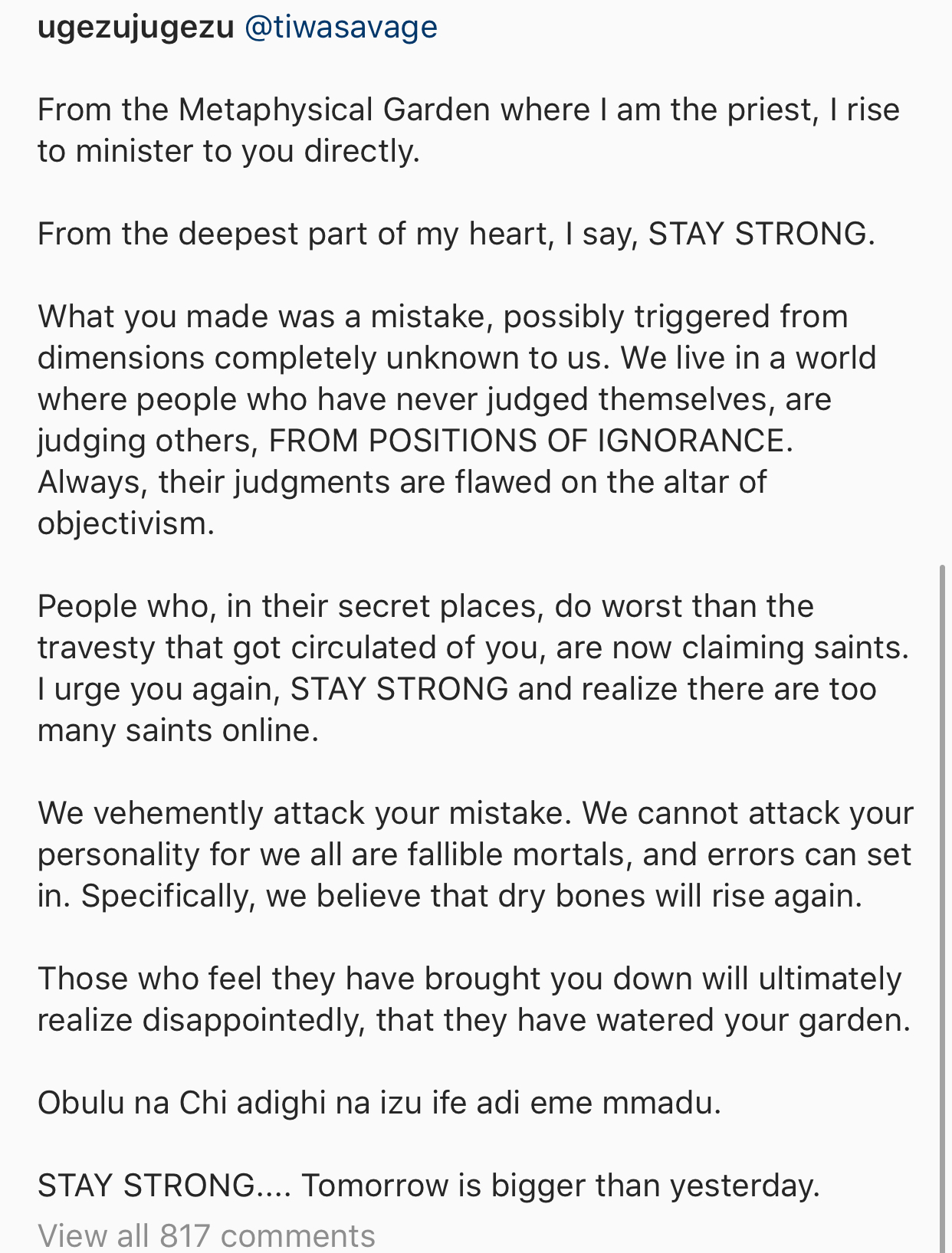