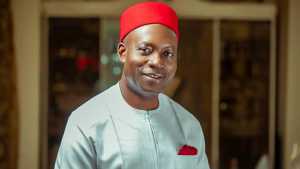 The Independent National Electoral Commission (INEC) has fixed Sunday for the final collation of the election.

There are 21 LGAs in Anambra but only the results of the five have been announced at LG collation centers.

Soludo has a total of 38,413 votes from the five LGAs and he is being trailed by Mr Valentine Ozigbo of the Peoples Democratic Party (PDP), who has 14,543 votes, while Senator Andy Uba, comes a distant third with 8,145 votes.

Below are the results of the candidates in the LGAs: