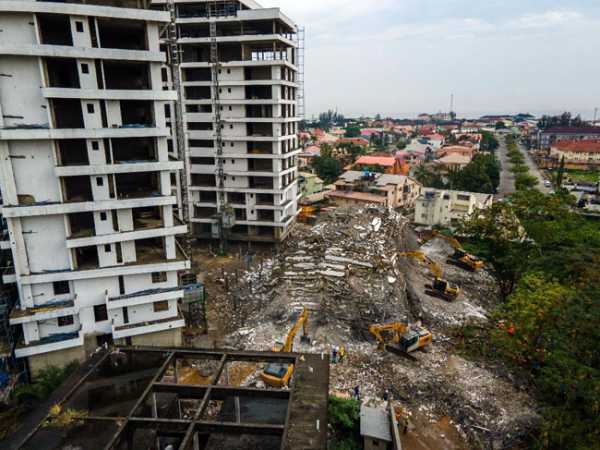 Osibona is the owner of the company which constructed the 21-storey building that collapsed in Ikoyi, Lagos, on Monday.

According to Daily Trust, rescue workers said his corpse was recovered from the rubble some minutes ago.

There have been concerns over the whereabouts of Osibona, Wale Bob-Oseni, his friend, and others trapped in the building.

Bob-Oseni, who was to catch a flight to the US, briefly made a detour to see the project on the invitation of the developer but did not walk out alive.

While nine people were rescued, over 30 have been confirmed dead.

The corpse of Osibona’s personal assistant was recovered two days ago.