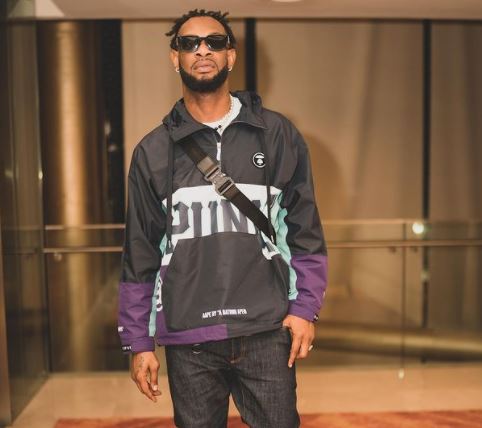 Dprince has taken to his social media to give a vital advise to all upcoming artistes.

At the late hours of yesterday Nov 6, 2021, the star made it known saying that upcoming artistes should not start their dms with claims of the, being better or more talented.

Dprince stated that he gets a lot of messages like that and he feels that is not how to start something good.

READ ALSO: Rema and D’Prince called out over unpaid bills in Abuja

“Don’t start your Dms or messages with claims of you being better or more talented that anymore. I often get mails from upcoming saying they can do better than @heisrema @rugerofficial.. that’s not the way to go. Be you! Be original @thejonzingword we take pride in ORIGINALLY no matter you from.

He further advised them saying: “Dear upcoming Artist/creatives we’re in the Tech/social age… Can use of it… Alot can happen for you.. your biggest assest as an emerging Act is mostly your originality.. make good use of it. Don’t settle in being a remark/copy of an Already existing Act that’s a sure recipe for failure.” 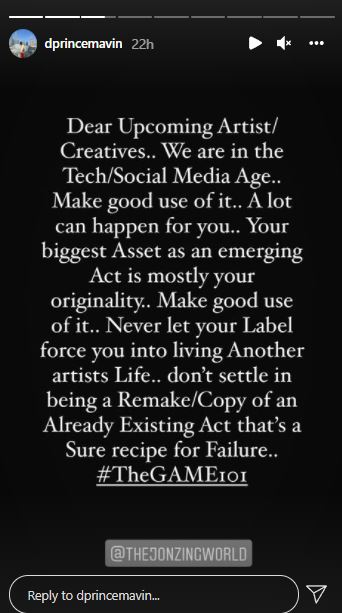 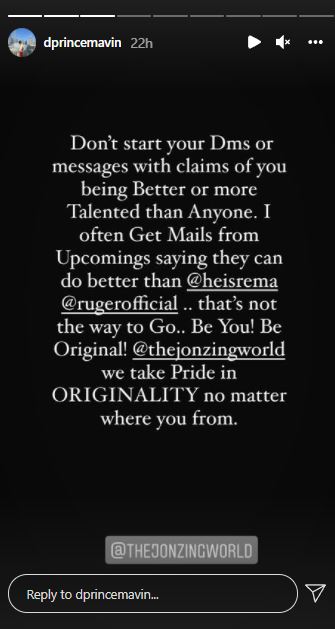