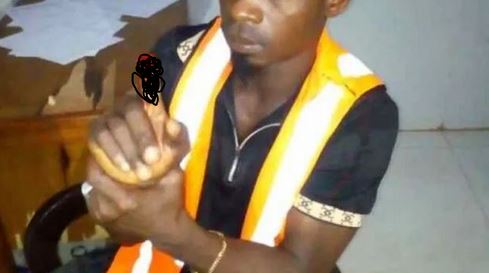 There was palpable tension in Abakaliki, Ebonyi as a commercial driver bit off and swallowed part of a finger of Iboko Kenneth, a member of the State’s Ministry of Capital City Development taskforce in a bid to evade arrest.

The action left Kenneth in pain, and his colleagues in total confusion, but before they could recover from their shock, the driver had escaped from the scene, with the dismembered finger in his stomach.

The incident occurred at Onuebonyi Junction in Abakaliki metropolis when the state’s Ministry of Capital City Development and its task force team were inspecting the state capital to ensure that there were no illegal parks within the capital city.

Government had earlier directed all the commercial transport companies to relocate to a new park known as Akubaraoha Central park provided for them in the state capital.

New Telegraph reports that on getting to the Onuebonyi Junction, some drivers were seen loading passengers which angered the ministry and the taskforce.

It was at that point that Kenneth attempted to arrest one of the defiant drivers.

But the driver grabbed one of his fingers, and bit it off. The driver reportedly swallowed the finger and escaped while his vehicle was impounded by the taskforce.

The victim was taken to the emergency unit of Alex Ekwueme Federal University Teaching Hospital, Abakaliki (AE-FUTHA) for treatment.