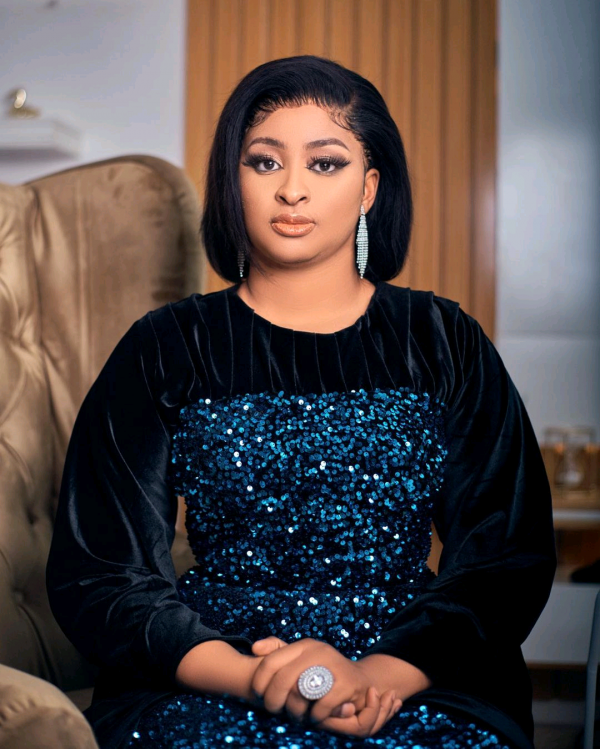 Actress Etinosa has taken to her social media to accuse Davido of making her commit a financial blunder following his new trend.

Davido has been the talk of the town after the star dared many of his friends to send him money for his birthday and now he has gotten over 150million naira from his people.

In the post she shared, Etinosa was supposed to send the person 70,000 naira but mistakenly sent 700,000 naira.

In the chat, it can be seen that the supposed person was thanking the star for her generosity as she did not expect that large amount.

Etinosa made it known that it was an error and she should send back her money but according to her, the number is not reachable again.

She then called Davido accusing him for causing what happened.

“Who send me message Jesus 🙆🏽‍♀️ Na so this friendship wan take spoil? Ahhhhhhhh Jesus Jesus holy spirit iye oooo nkan se mi kasala ti pada burxt 😭😭😭🙆🏽‍♀️🙆🏽‍♀️🙆🏽‍♀️🙆🏽‍♀️ IF I DONT GET MY MONEY IN THE NEXT 3 HOURS NA INSTABLOG GO SETTLE US OOOOOOOO. Aunty no use this kind thing take play with me abeg I no dey like this kind prank. See wetin Davido don cause this early morning😭🙆🏽‍♀️”