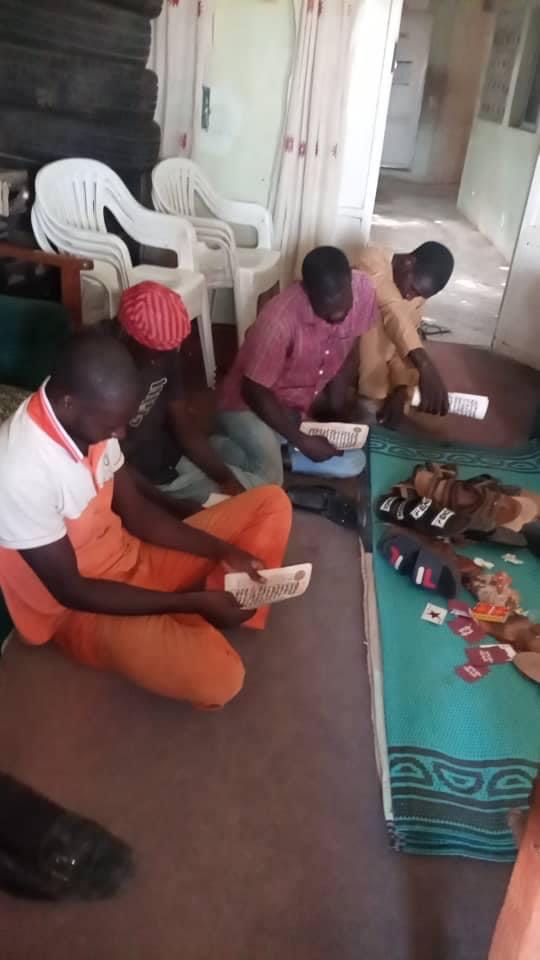 A group of youths caught playing the popular card game, Whot have been arrested in Kano.
The youths were arrested by The Kano Hisbah Command.
The young men were arrested in Warawa town for “wasting their time” playing the card game instead of using their time for a productive venture.
The board therefore shared some chapters of the Qur’an to them and ordered them to recite.
“The Warawa division, under the general command of the Commander-General of Hisbah Dr Muhammad Haroon Ibn Sina, has arrested some youths for wasting their time to play Whot.
“The divisional office therefore shared some chapters of the Holy Qur’an to them to recite for them to utilize their time,” said a terse statement posted on the Hisbah Facebook page.
In August, the Hisbah banned displaying mannequins in the state, saying it was a promotion of idolatry.
“Islam frowns on idolatry. With the head on it, it looks like a human being,” the commander-general, Ibn Sina had argued.
The Hisbah had in past few months also arrested young men for doing stylish haircut in the state.
Advertisement