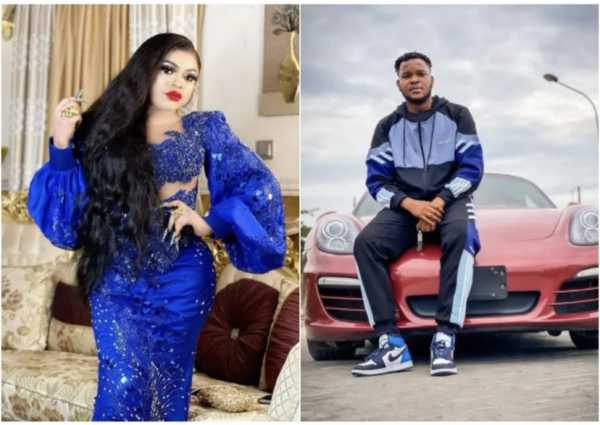 The Cross-dresser had taken to her Instagram page earlier to alert everyone who posted the prank video of herself that was previously performed by Zfancy and his team, to take it down.

Bobrisky’s claim is that she did not give consent to them to upload the video.

Bobrisky added that he would get Zfancy arrested, or it would be a war for the duo if he failed to take down the videos from his platforms.

Reacting to this, Zfancy, in a post shared on his Instagram page, questioned why Bobrisky was making trouble with them after they paid him for the prank video, and he gave consent that the footage should be shared online.

Zfancy added that his team also have a chat record of Bobrisky’s friend, Kelvin Onu, asking them about the prank video and when they would post it. 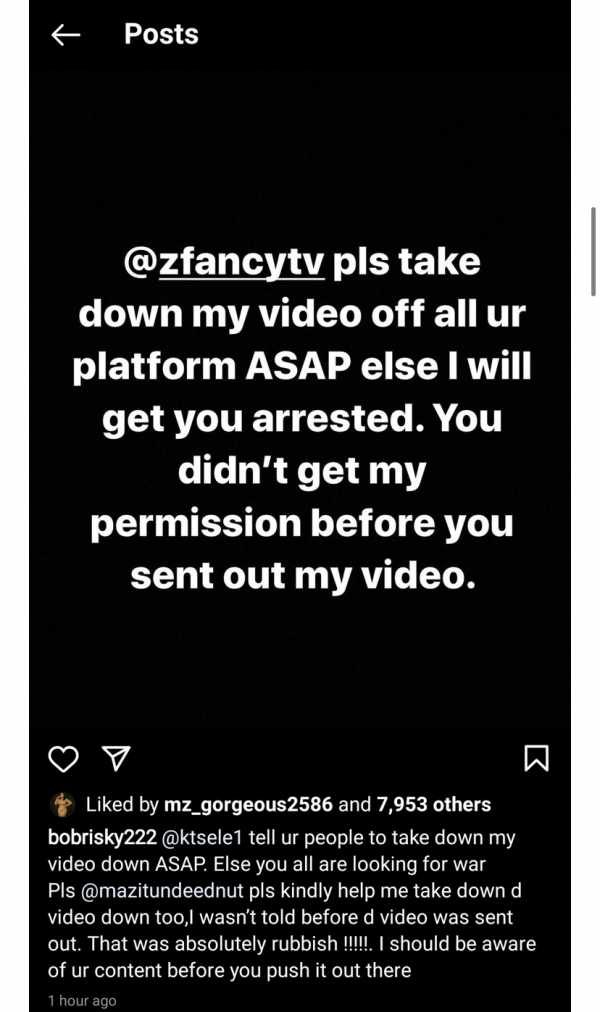