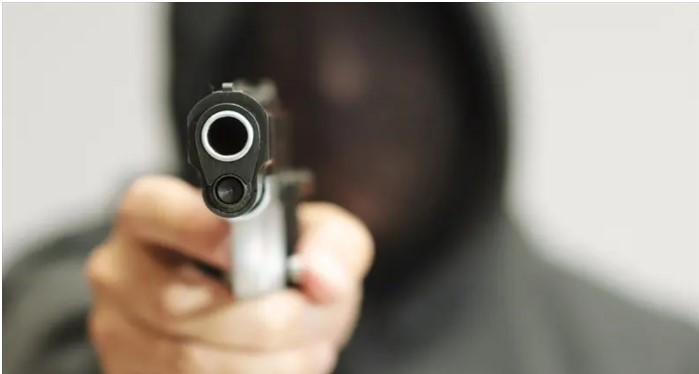 A joint task team of security agencies in Ekiti has killed a suspected kidnapper at the point of collecting ransom in a forest between Ekiti and Kwara states border.

A source told newsmen in Ado Ekiti that he was killed by combined forces of soldiers, police and local security task force called Yan Banga, set up by a Sarkin Fulani in Ekiti, Alhaji Adamu Abashe, inside a forest at Eruku, in Kwara State.

The security forces were said to have laid an ambush for the kidnapping gang at the point of payment of the sum of N2.1million ransom for an abducted victim and chased them after collecting the money until they shot the suspect dead.

Abutu explained that, “Two victims were rescued alive by the security operatives while efforts to arrest the fleeing suspects is ongoing.”

The pupils were kidnapped on Tuesday by gunmen along Igarra-Auchi Road, near Ikpeshi.

The pupils’ father, Kola Momodu, expressed worry over the safety of his children. He appealed for their safe release.

The Police Public Relations Officer in the state, Bello Kongtons, said he had yet to get any update on the case.

Meanwhile, the Edo State House of Assembly has called on the state government and security agencies to synergise to secure the safe release of all kidnapped victims.