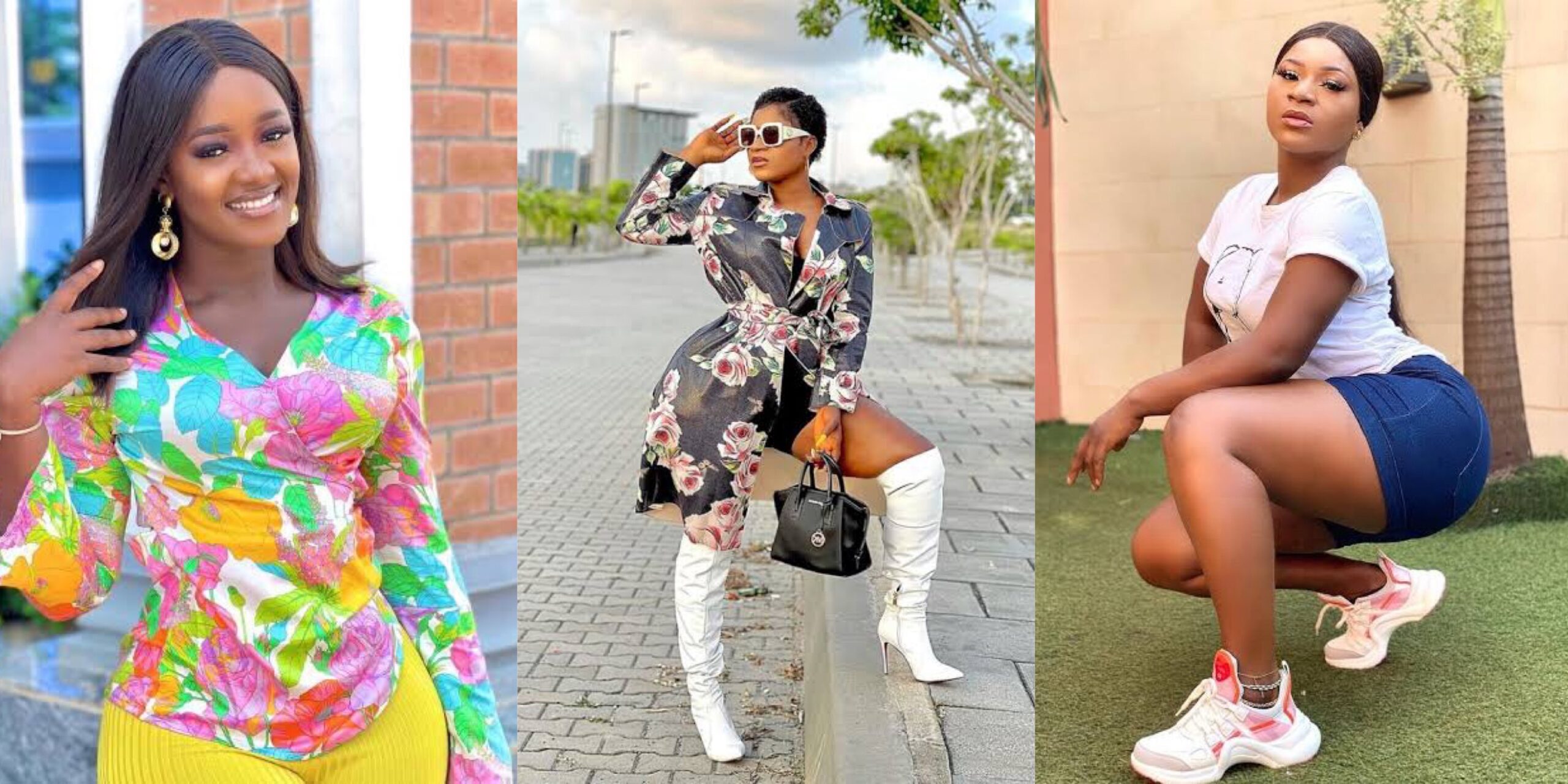 Nollywood actress, Luchy Donalds has fired back at her colleague, Destiny Etiko over a comment she made as regards her shopping bags.

This faceoff ensued after Luchy Donalds flaunted some designer bags including Gucci while affirming that she paid for the bags herself. However, social media users who felt sceptical about it doubted the possibility of her buying the bags from the designers’ shop inscribed on the shopping bags.

While netizens blasted the actress, Destiny Etiko also joined forces by dropping a shady post that reads ‘Empty bags’, but deleted it after a couple of minutes.

This post of Destiny Etiko was what angered Luchy Donalds who saw it as an attack on her. Reacting to the shade, Luchy Donalds noted that the actress has undergone a series of surgeries to arrive at her curvy stature while claiming to be naturally endowed.

“So some idol who has been doing surgery up and down claiming natural tummy and ass is bitter about my bags. I am very calm but ask o hmm, I will be your worst nightmare. If you drag me directly.

Keep coming indirectly for now. You make everything one doing well your competition Ewu. Ask ooo I don’t look for trouble but don’t ever dare look for mine… don’t delete your post idiot”