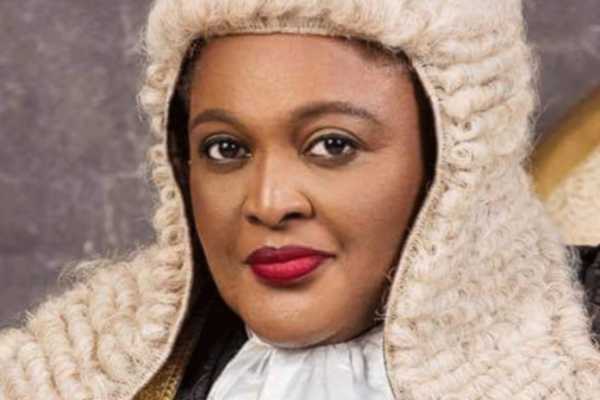 The Police at Force headquarters on Thursday paraded 14 suspects over the invasion of the Abuja residence of Supreme Court Justice, Mary Odili, describing them as impostors who were unknown to any of the nation’s security forces.

Force Public Relations Officer, CP Frank Mba who paraded the suspects at Force Criminal Investigations Department, said one of them is a fake Chief Superintendent of Police, (CSP Lawrence Ajojo) while seven (7) others who are still at large conspired to raid the residence following information that the Supreme Court Justice was keeping a large sum of money in foreign currencies.

“The seven suspects still at large include two soldiers”, the Force PRO said.

Reiterating that the suspects involved in the criminal acts came from different professional backgrounds such as journalism, Banking, law enforcement and law, CP Mba said the suspects were not security operatives

He said the criminals/syndicates including Stanley Nkwazeme, a journalist are loose canons and document forgers who were on their own and not hired by any personnel of the ministry of justice.

Mba said the Police High Command has commended the resistance put up by the security personnel attached to Odili’s residence for not allowing the suspects access to the building on the day of the incident, saying that it could be the greatest embarrassment to the nation before the International community if the operation had succeeded.

Speaking to reporters, Ajojo owned up that he was not a Police Officer but claimed that he was a consultant to the Attorney General of the Federation.

“I am not an officer of the Nigeria Police Force but I am a consultant for the AGF; he did not send us on the raid on Mrs Odili’s house”, he said.

Consequently, an order by Chief Magistrate Emmanuel Iyanna, was said to have approved the search warrant by a body identified as the Joint Panel Recovery unit in the Ministry of Justice, on October 29, 2021, leading to the invasion of Justice Odili’s home.

The magistrate later revoked the order, saying he was misled while the Police and other security agencies also said they were not aware of the raid.