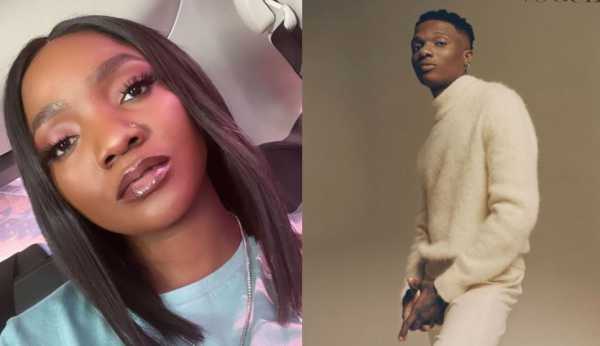 Simi has taken to her social media to react to Wizkid’s sold out O2 Arena Concert.

Wizkid has been the talk of the town since yesterday after his show got sold out even before it started.

The star also surprised his fans after he introduced Chris Brown as he made a big appearance at the sold-out show in London last night.

The No Guidance singer was among the special guests invited to share the stage with the Nigerian star, who performed the first of three nights at the O2 Arena.

READ ALSO:[Video]: Wizkid And Drake Perform Together At o2 Arena

Many were trilled by the love he got and so many have taken to their social media to share their view on the concert.

Simi also shared her two cents saying: “Y’all look at the magic our people are doing worldwide!!! That Wiz show was a madness.” 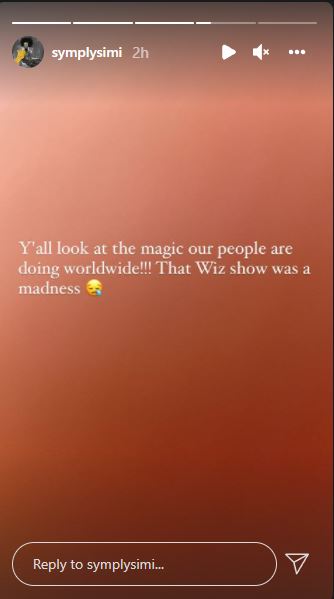