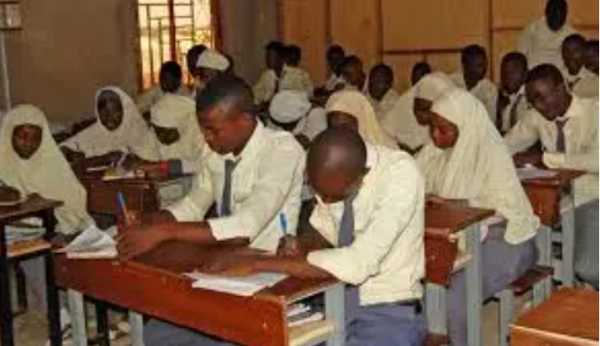 Some students in Kano State have lamented that their NECO results could not be accessed as a result of failure of the state government to settle their payment with the examination body.

Some of their colleagues who have accessed their results have already been admitted into various tertiary institutions.

But the affected students are at the risk of missing the opportunity of proceeding into the tertiary institutions of their choice.

It was gathered that some tertiary institutions in the state delayed their admission processes to give opportunity to the affected candidates to get their results.
NECO released the results of the 2021 exam on 29th October, but students of government schools in Kano have not been able to access theirs up till now.

Many of the students expressed worries that they may not secure admission as a result of the development.

“Imagine losing admission in our own state universities and this is due to failure of our state government to pay NECO. This is on imaginable,” one of the affected students said.

“The school I applied for will close their portal tomorrow (Friday) for post UTME and yet I didn’t get my result. I don’t know what to do and there is nothing they can do for me without that result. I honestly feel like giving up,” another student said.

A father, who operates an Internet Café business in the state, Mallam Sulaiman Sani, said his son has gotten all the requirements for admission into a university, only that he is waiting for the NECO result to proceed but could not do so.

He said alongside his son, many other students are trooping to his café on a daily basis to ask whether the result has been released, adding that the masses are affected the most in the dilemma.

“I doubt what will happen if this continues for the next one or two weeks because Kano will be left behind in terms of admission. Many students will have to wait till next year. The government should do the needful to rescue the situation. You can recall that many of the students paid for themselves since they failed in qualifying,” he said.

The Kano state commissioner of education, Sanusi Saidu Kiru, could not be reached for comment about the matter as phone calls placed to him by our reporter were not answered.

But sources in the ministry said the government is making a frantic efforts towards clearing the bill for the results to be released.

Another source also told our reporter that several meetings were held between the government and stakeholders about the matter, which includes Parent Teachers Association (PTA), and that the government is ready to settle the matter within a short period of time.