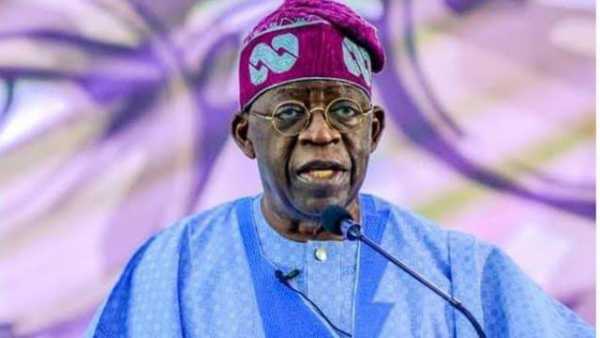 The 2023 presidential ambition of Bola Tinubu, the national leader of the All Progressives Congress is causing serious friction within the party, Daily Independent has reported.
According to the report, his ambition is being opposed by governors of the party.
However, Tinubu is yet to for­mally declare his interest in the pres­idential race, he has been making consultations and visiting prominent Nigerians to notify them and seek their support.
Elder statesman, Alhaji Tan­ko Yakassai, who Tinubu recently visited in Abuja, disclosed that the APC national leader informed him of his presiden­tial ambition and asked for his support.
Speaking exclusively with Daily Independent in Abuja, Senator Rufai Hanga, pioneer national chairman of the de­funct Congress for Progressive Change (CPC) and APC chief­tain, who recently dumped the ruling party, said there is a split among the APC governors on the issue of the presidential flagbearer of the party.
According to him, while some governors in the party have settled for one of them as presidential candidate with a serving minister in President Buhari’s administration as run­ning mate, other governors are rooting for Tinubu, saying they should rally round him for all he has done for the party.
He said,“We have about three to four factions and it is next to impossibility to bring them together. There are governors in the party who have carved their own niche somewhere and are not ready to go with other governors.
“In fact, just three days ago, some governors sat and I heard it from very strong authority that they met and anointed one of them as presidential can­didate. They have chosen his running mate from among one of the serving ministers. They are willing to go it all hog and are determined that there is no going back.
“There are other governors who are not willing to hear all that. These governors are all out for Asiwaju Tinubu. These ones are saying that it is unfortunate Asiwaju badly despite all he has done for the party. They are tell­ing their colleague governors not to bite the finger that fed them. So, there is division among the APC governors right no won the issue of 2023”.
Hanga, who said the APC is technically non-existent, added that there is no way the party will survive an implosion espe­cially with the crises in almost 13 states owing to the fall-out of the congresses.
“There is a neutral group that has come out and say they have sacked Buni and they have a new national chairman. So, under this kind of confusion, how do you expect this party to survive at this material time? We are in December now.
“In fact, APC to me is techni­cally non-existent for now going by the Supreme Court judgment on Ondo governorship election. Yes, they have allowed Ondo to go away with the governorship but if you go by the judgment of all the seven judges, they all concurred that it was wrong for a governor to be the party chairman.
“If it is wrong and unconstitutional for him to be the governor and party chairman at the same time, it means what ever action he takes or must have taken is null and void. Anything done by him is illegal. The court will nullify anything he has done.
“To me, APC is a goner. That is why I have decided to call it quit. They keep on shifting their national convention from now till February. By June or July, you should have all gotten your can­didates nominated but the APC wants to do national convention in February.
“In more than 13 states now, they have more than three leaderships all claiming to be in con­trol of the party. How can they do a convention with parallel leaderships inmost of the states? From the time they had their con­gresses in the states till now, they should have resolved it but up till now, they are not able to do so. By February, they will still have some lingering problems”, he said.
The cracks among the APC governors was evident at the weekend when Governor Kayo­deFayemi of Ekiti and Abubakar Badaru of Jigawa State both ad­dressed Ahmadu Haruna Zago (Danzago), who belongs to Ibra­him Shekarau faction as Kano APC state chairman.
Two factions of the party in the state had conducted parallel congresses on October 18 but the party endorsed the one conduct­ed by the loyalists of Governor Abdullahi Ganduje of Kano State.
The Shekarau’s faction had elected Danzago as chairman while Ganduje’s camp elected Abdullahi Abbas.
The National Appeal Commit­tee set up by the APC later rec­ognised Abbas as the chairman of the party in the state.
Not satisfied with the deci­sion of the party, the faction led by a former governor of the state, who is now a senator, Ibrahim Shekarau, headed to the court, asking for the nullification of the congresses at the ward, local government areas, and state lev­els conducted by the rival faction and uphold its own.
In his ruling, the judge, Hamza Muazu, granted there quests and upheld the congresses conducted by the Shekarau faction.
The judge also made an order restraining the Ganduje faction from appointing a new executive.
Credible sources said the recognition given to Danzago by Fayemi and Badaru was to spite Governor Ganduje, whose candidate was removed by the court.