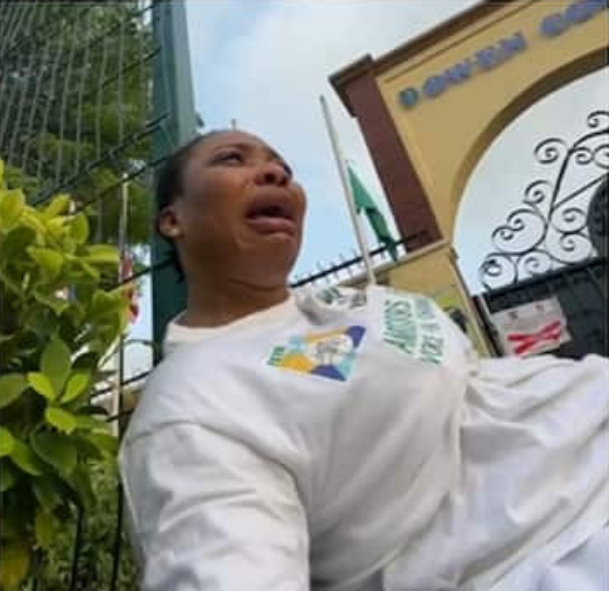 Doris has in the last few days, used her social media platforms to demand justice for the 11-year-old Dowen college student who died after he was allegedly tortured by his schoolmates.

This morning, she joined other women to stage a peaceful protest in front of the sealed premises of Dowen college in Lekki, Lagos state. She shared a video of her lying on the ground and weeping as she called for justice. 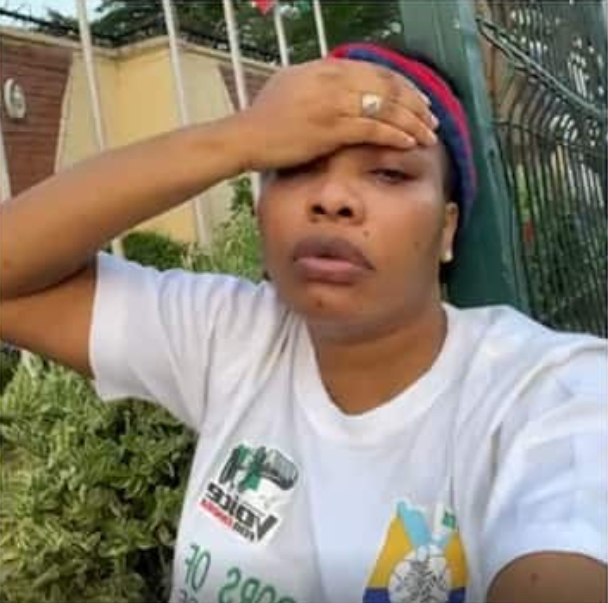 Some Nigerians, however, stated that the actress was not serious for videoing herself while crying. They accused her of clout chasing.

Doris has now replied her critics. 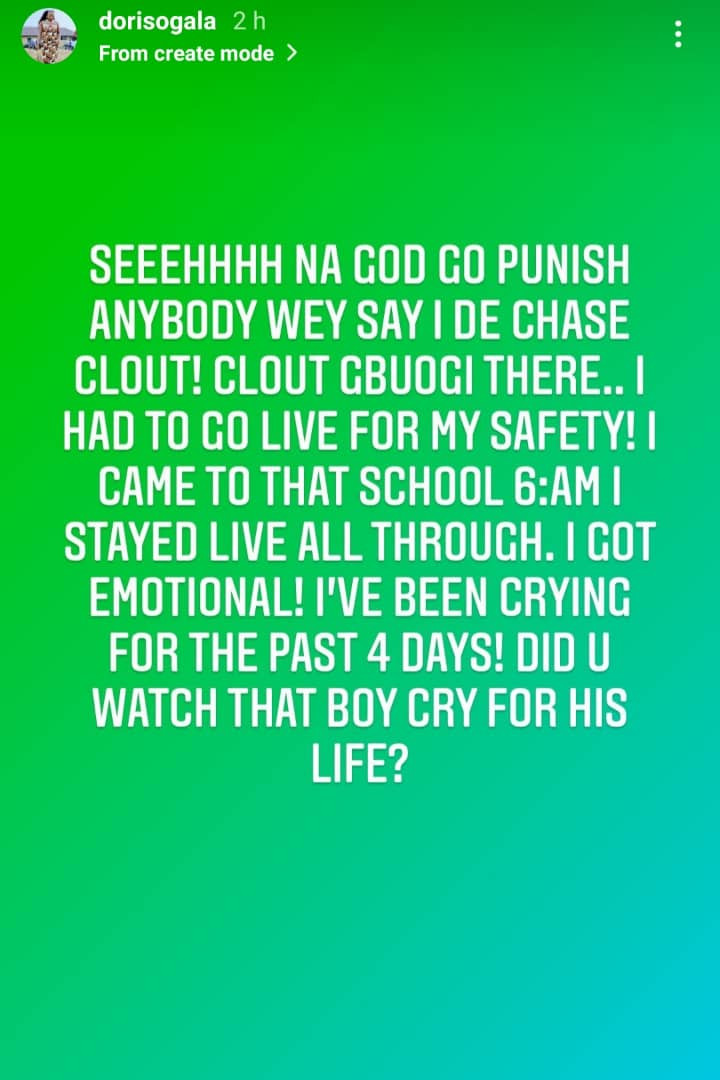