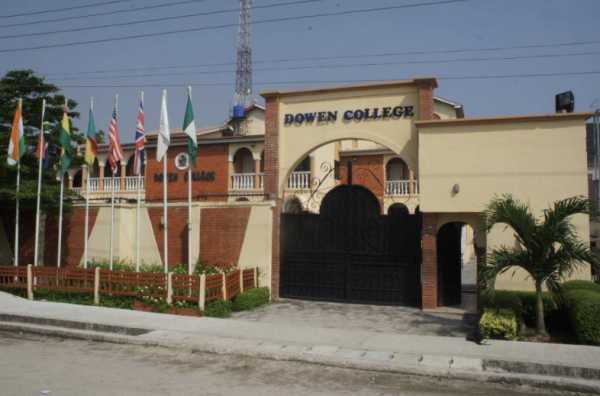 Sylvester who was in Junior secondary two (JS2) in the school located at Lekki in Lagos, died from injuries he allegedly sustained from beating by his colleagues that wanted him to join their secret cult group.

The incident went viral on social media through a post made by a member of the family, who described how Sylvester mentioned that some fellow students who beat him up because he refused to join a cult group.

The school authority in the statement released on Saturday, conveyed their sympathy to the family noting that he was dearly loved by his teachers and fellow students.

The school in the statement said the incident required a thorough and proper investigation to unravel what happened, adding that it is fully committed to that.

READ ALSO: Actress Susan Peters calls out singer Lami Phillips, said to be a Director of Student Affairs at Dowen College over death of Sylvester Oromoni

“We are assisting the authorities to get to the bottom of this heartbreaking incident.
“The first step taken by the school, in conjunction with the Ministry of Education, has been the immediate closure of the school to aid in the investigation

“Understandably, at this time of intense grief and suffering, emotions are raw and tensions are high.

“We pray that God, who alone knows how to comfort the sorrowing, will comfort Sylvester’s family and all those who loved and knew him.”

Recall that the school had earlier issued a press release denying that such happened in the school, insisting that the boy only sustained injuries while playing football with his colleagues and was promptly treated before being handed over to his family.

The Lagos State government had also sympathised with the family of Sylvester Oromoni and promised to probe the cause of the death.

“We reassure the family of the late Sylvester Oromoni Junior and Lagosians at large that efforts are being made  to unravel the circumstances leading to his demise, even as we reiterate the Government’s commitment to Child Protection,” spokesman of the state Ministry of Education, Ganiu Lawal, said in a statement on Friday.

The school was consequently shut till further notice.