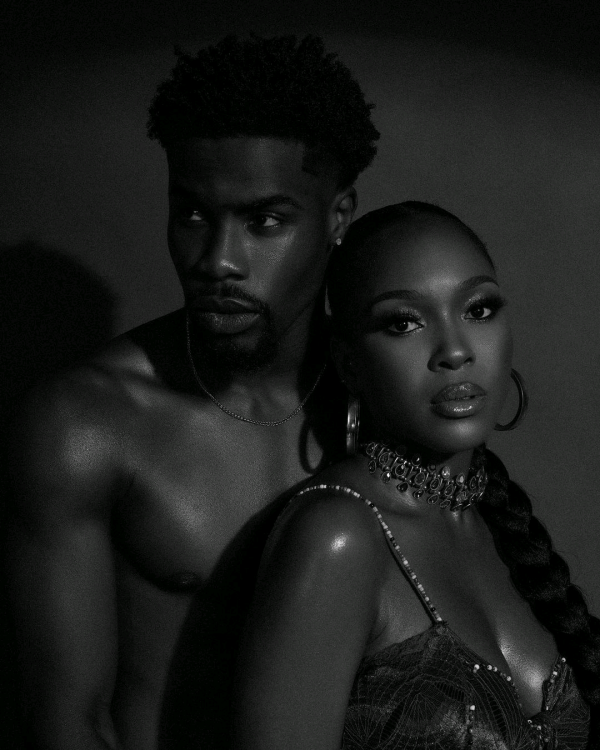 Vee and Neo, who were former Big Brother Naija ‘LockDown’ Housemates, have ended their romance and unfollowed each other on Instagram.

Vee and Neo are the most talked-about couple on the reality program, with a romance that began in the Big Brother house and has grown stronger even outside of the show.

Fans, on the other hand, were shocked when a Twitter user claimed that the lovers had split up.

If the rumors are true, Neo and Vee would have broken the hopes of many of their admirers who had been looking forward to their wedding.

Another Twitter user confirmed the rumors, claiming to have had a private chat with Neo and that their relationship had ended. 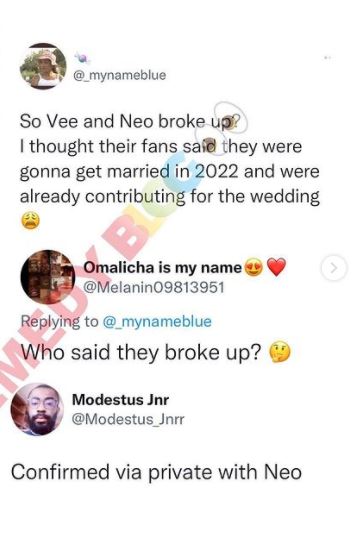