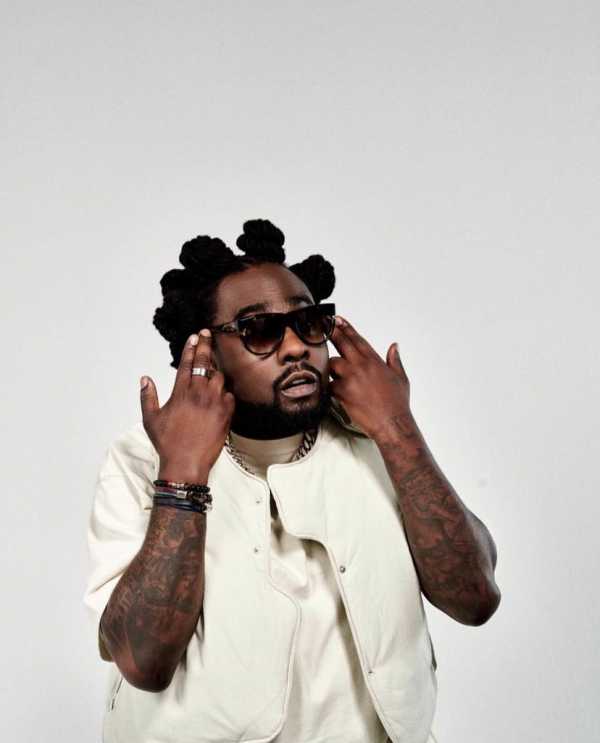 Nigerian-American rapper Wale has made it known that he’s never getting married.

The star made it know through his Twitter making it known that it is not the life he wants.

The American rapper of Nigerian descent made this known on Twitter after a follower told him that they could have been married.

The follower said: “we could’ve got married, but you playing”

READ ALSO: Davido, Nengi Clash On Instagram; Unfollow Each Other 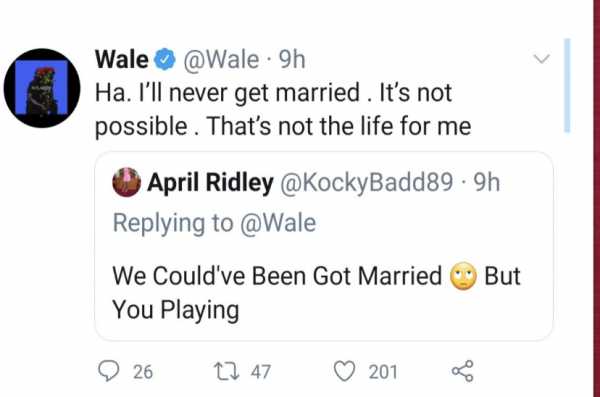