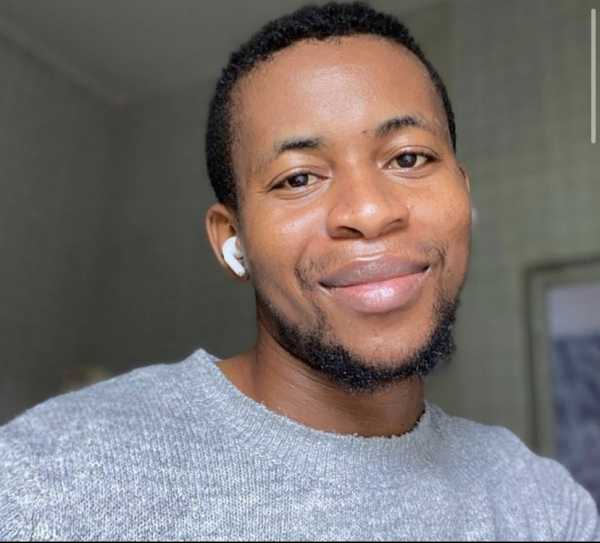 Life Coach, Solomon Buchi has taken to his social media to share how him and his younger brother was a abducted and kidnapped by few Nigerian police.

The star stated that they were on their way from Kilimanjaro and the incident happened around Wuse 2.

Solomon said they stopped their ride and asked them to come to their own vehicle.

After entering that, they started harassing them and asking all sort of questions even accused him of being a yahoo boy.

READ ALSO: Cheat On Your Partner Once In A While: Solomon Buchi Tells Ladies

All in all, the writer said he was asked to pay 500k out of the 617k in his account after several hours.

He said the money was withdrawn from a pos and he was traumatized. 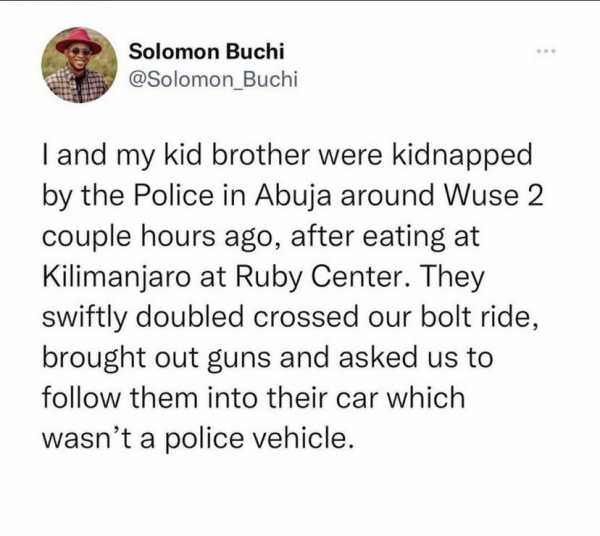 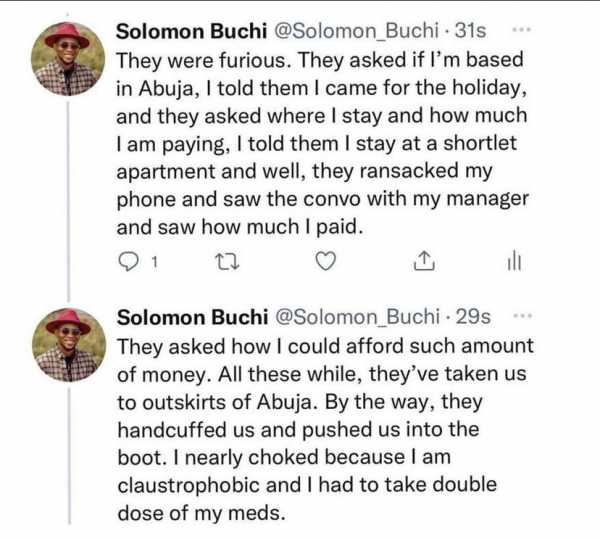 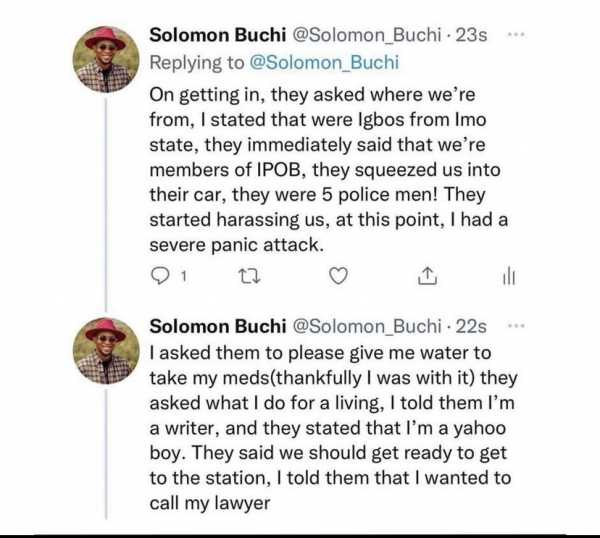 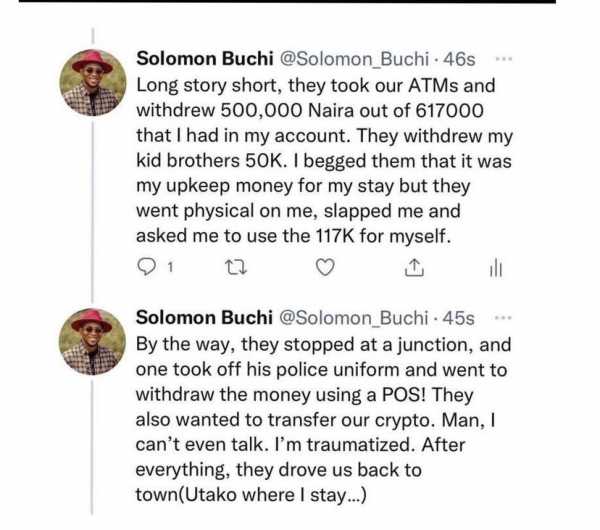 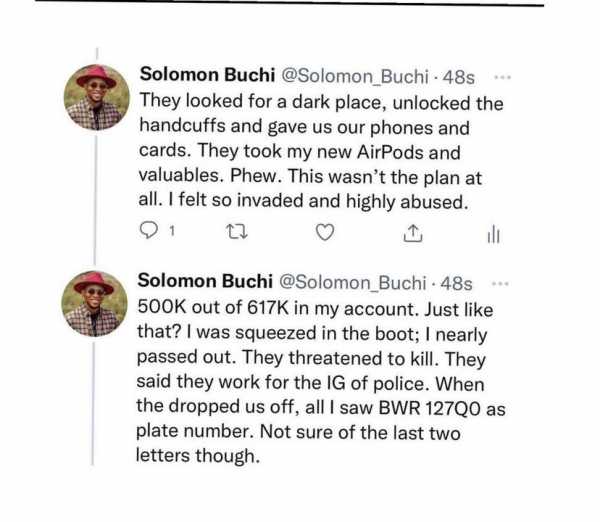 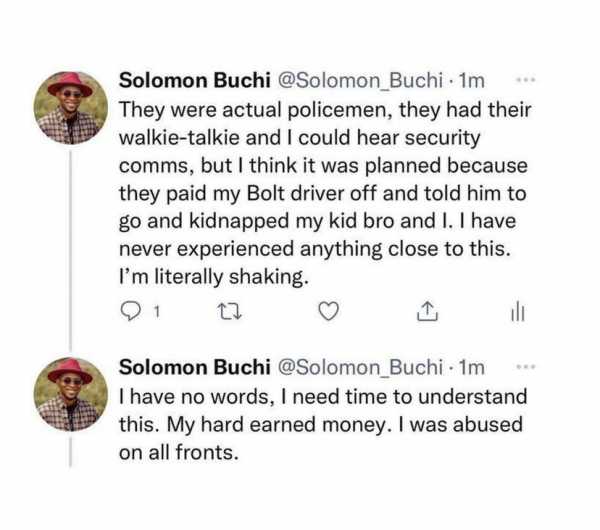