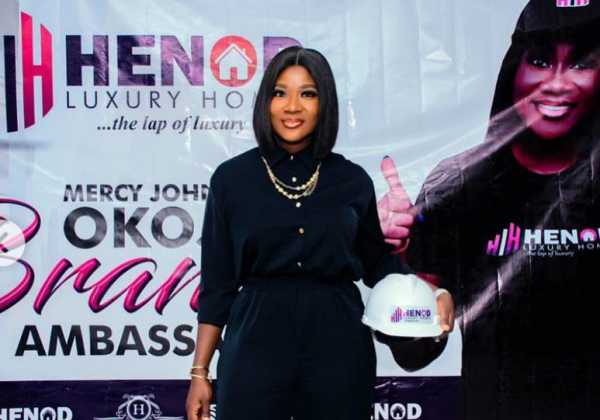 Mercy Johnson-Okojie has announced she is now the new ambassador for Henod Luxury Homes.

The star made the news known through her Instagram.

Mercy also revealed that she has gotten herself a new house in Lagos after she signed the deal.

The representative of Henod groups parent company of Henod Luxury Homes, Mr. BEN who addressed newsmen at the unveiling, said the decision to pick the Nollywood star is because of her integrity over the years in her chosen career.

Part of the juicy deal the company sealed with the delectable actress is a gift of a pent house at the estate amongst other goodies.

Henod Luxury Homes, is planning to erect over 70 flats on the over 3 acres of land which will be completed next year.

Congratulations to the movie star on her new property.