Home Entertainment My Dad Sent Police After Me When I Left School For Music:...
Facebook
Twitter
WhatsApp 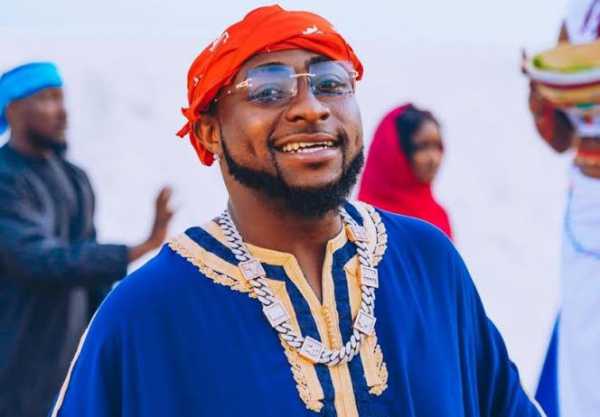 Award-winning Nigerian singer, Davido, has revealed that his father, Adedeji Adeleke, sent the Police after him when he left school for music.

The star made this known through a recent interview with an American-based podcast, Earn Your Leisure, which was published on Wednesday.

Davido stated that while his dad thought he was at school, he was actually doing music.

“I moved back to Nigeria and then, he wanted me to go back to school. Because he was like, ‘after school, you can go back to do the music and bla blah blah. Just get your degree first’ — which I’ve gotten. Thanks to God.”

READ ALSO: Davido Speaks On When He Knew His Father Was Rich

Davido stated that overtime, his music career started getting bigger and after he was informed that people went crazy after his song was played at a club, he finally left school to pursue music.

He said, “I left school. I went back to the city and then my dad was chasing me with the police.”

When asked if the police were sent after him, Davido replied in the affirmative.

“Yes, they were coming after me to go back to school. Any show he (my dad) saw me on, on a flier or whatever, he was shutting the show down”

The singer stated that his biggest breakthrough came when he released the song ‘Dami Duro.’

“Then I dropped this one song called Dami Duro and the song became so big that even the president was singing it. Even people my dad couldn’t even get to, was singing it”

According to Davido, this was a turning point between him and his dad as the duo made a deal which allowed the singer to attend shows when he wasn’t having classes.

“After two-three years, I got a degree in business management and music,” Davido said.