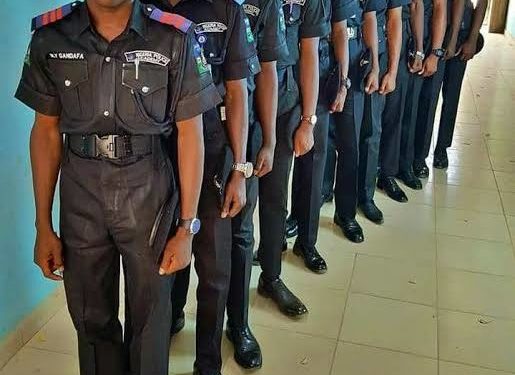 Some officers of the Nigeria Police Force from different formations and commands across the country have raised the alarm over the non-payment of their November salaries.

They made this disclosure when they spoke with newsmen on Tuesday and Wednesday morning.

The officers, who spoke on the condition of anonymity, insisted the non-payment of their November salary has compounded their suffering.

The officers, who said that they are hungry, said that other security agents have been paid their November salaries.

The officers noted several attempts to get their salary up till Wednesday have proved to be abortive.

They explained that the police authority in a signal do not state when their salaries would be paid.

One of the officers said, “Help us shout it loud and clear, no November salary for police, the signal above indicated like that.


“All others security agents have been paid. What is our offense, is it a curse to be in Nigeria police?”

Another officer said that anyone who reveal his or her identity would be accused of leaking official secret.

“Economic crunch has crushed most of us due to irrational cost of living, an hungry man is an hangry.


“Police is seriously hunting any one that air his views, they say you are leaking official secret, they want you to remain zombie, suffering and smelling, please cover the identity”.


Another police officer in his own submission said, “It is lame excuses, police can not bare the brunt, is not our fault it is leadership failures, for Christ sake all others security agents have been paid since last week, today is 8/12, how do they want us to survive when we are not doing other jobs or to go and commit crimes.”

But, the police authority in a signal issued by Force Headquarters in Abuja and obtained by DAILY POST on Wednesday, noted that the delay was due to delay in processing of funds from the federal ministry of finance. 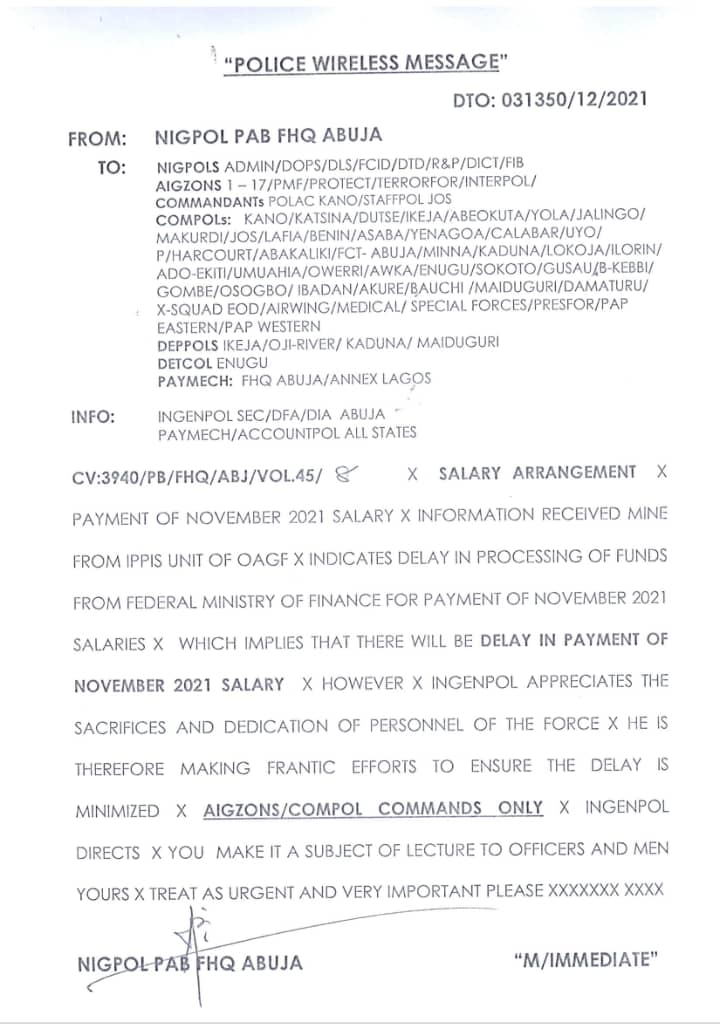