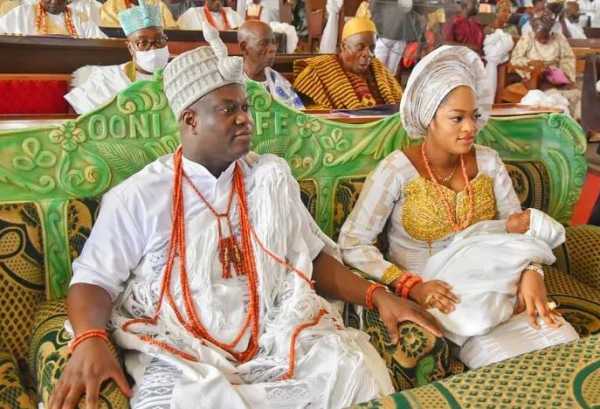 The palace of the Ooni of Ife, Oba Adeyeye Ogunwusi, has debunked the separation of the monarch and his wife, Prophetess Naomi, stating that it should not be taken seriously.

Queen Naomi earlier today via her Instagram page announced her separation from the monarch.

However, in a swift reaction, the Ooni’s Director of Media and Public Affairs, Moses Olafare in an interview with Vanguard, said

”This is not the first time such rumours had been peddled. There was a time it was reported that she left the palace and the next thing, she gave birth. So, the story is not true and it should not be taken seriously.”