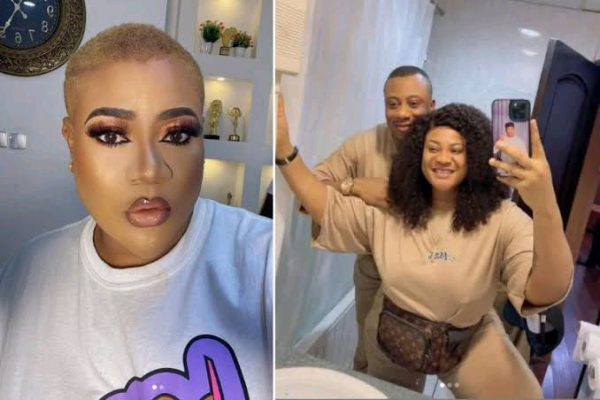 Nkechi Blessing, a popular Nollywood actress, replies to threats that she will lose her partner to another woman because of her support for Mercy Aigbe’s wedding to a married man.

This follows Nkechi’s praise for Mercy’s photos with her new wedded partner, whom she reportedly married secretly.

The mother of one said in the comments section, “Yassss!!!! My own mummy and super daddy,” which motivated responses from a female fan who threatened to snatch her  spouse and other users who guaranteed Nkechi of karma.

She responded to the subtle threats by posting a message on her Instagram story that stated, “acid no kuku cost.” 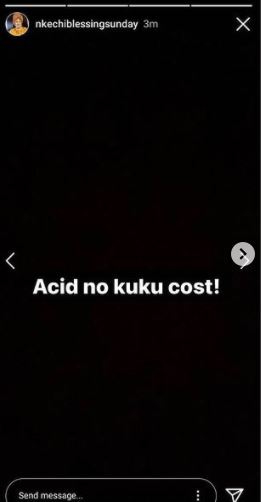