Home Entertainment Bella Shmurda Reflects on How Far He Has Come In The Music...
Facebook
Twitter
WhatsApp 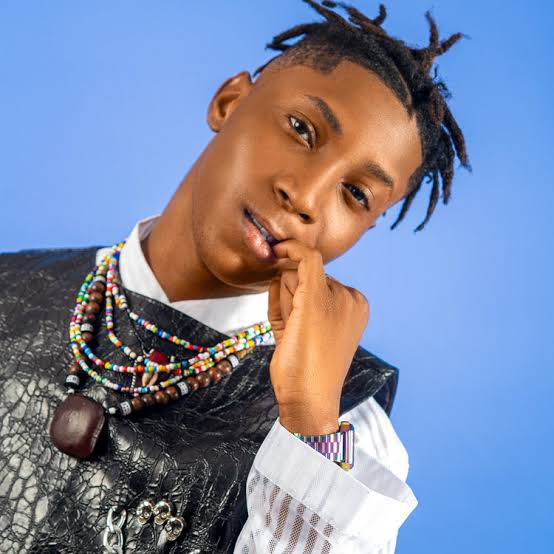 Bella Shmurda has taken to Twitter to reflect on becoming successful in the Nigerian music industry.

The star made it known that he now has 550 million streams on all platforms stating he would have still been at Lagos state university where he was an undergraduate student, wining and dining with carryovers and stranded with nothing in his pocket.

Bella revealed that he is thankful to God for everything and how far he has come.

Although he did not say much, but he is proud of himself and he is happy where he is now. 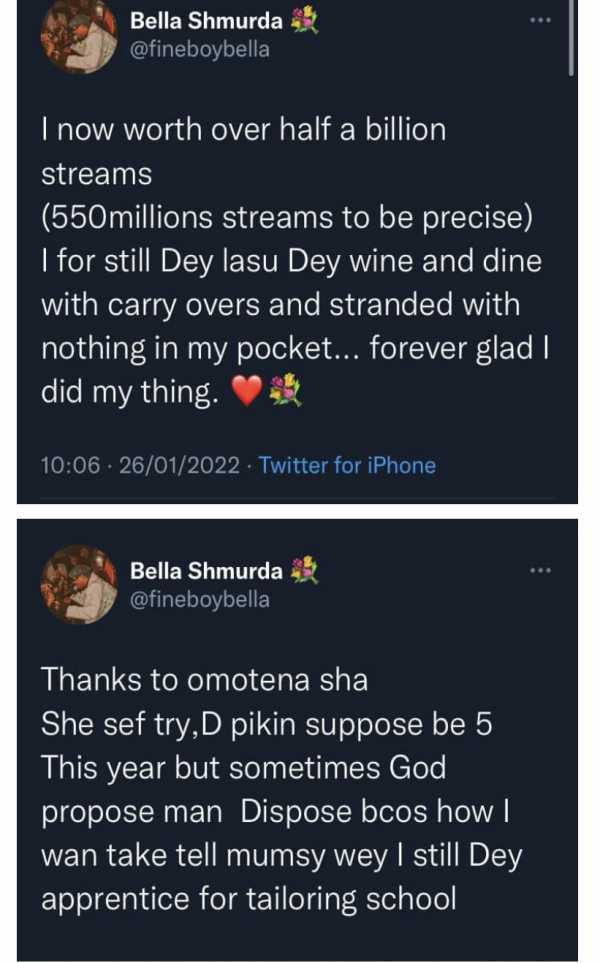